What Am I Suppose To Do With Boring People?

I have a friend who claims to love dating boring men. I don’t know that I believe her because while her significant other(s) are often the boring types, she almost always self-destructs with them. She’s a Pisces so calling her out and reminding her that she very often complains about them not indulging her in the “fun” that she likes to have, is a fine line of offense to walk….laugh out loud.

I have no idea what to do with boring people. I’m so sorry to any of my snoozefest #SmartBrownGirls, you’re still awesome. It’s just in an intimate social setting, past being kind, I don’t really have much to offer innately boring people because they truly befuddle me.

I went on a date with a very boring man, and I told my Pisces friend about him. She had a million and one questions about why I deduced this man to simply being boring and none of my answers suited her. We met on Tinder, let’s call him Eric. Eric actually came through with a very nice message asking if we could grab lunch sometime. I love a good full sentence and an articulate man. He asked if I had a place in mind or should he pick. I told him I don’t get out much in Dallas but as long as its in the downtown vicinity I’m game for whatever. I saw a slight red flag when he suggested Northpark, the mall, for lunch because Northpark is NOT downtown Dallas. I’m cracking up but lunch dates are typically premised on the idea that a person is going back to work after lunch. If you’re not familiar with Dallas, you don’t have any reference, but the mall is not in Downtown. It’s about 12 minutes up the highway and I do not have a car. We will let that go though. I end up picking the place and we meet and ummm….how do I even articulate what strikes me as boring?

I can give him a pass for the 10 minutes I had to spend explaining to him how Delaware is a state not a city (he pulled up Delaware, Ohio on Google Maps) and it’s on the East Coast, it is really a place, really a state, it’s fine if you’ve never heard of it. He’s Jamaican. But he definitely asked me if I am racist because my profile plainly states that I only date Black men. I’m trying to work on my aura of graciousness and niceness, so as politely as possible, I tried to define what racism actually is and how I, therefore, cannot be racist. Don’t even want to inform you of the rest of the conversation because it was nothing exciting or special, he asked me a lot of questions and I answered them. He had a very simpleton outlook on race, that’s not quite uncommon, but ethically is not a match for me. He’s the only Black man at his job but he admires his white co-workers because they’re missionaries who go to Black countries to spread the gospel. Ohhhh….sis…. 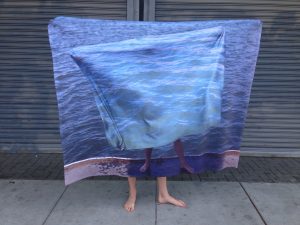 The best way I can explain who I find boring is from the things that run through my mind when I encounter them. Like with Eric, his intonation reminded me of the men I grew up around in a Jehovah’s Witness Kingdom Hall, but since he was Jamaican I was inclined to ask him if he was Seventh Day Adventist. I settled for asking if he went to church which was how his job came up. Maybe I am subconsciously thinking “you can’t even do anything I like to do 😂.” But I’ve met boring people who are not outwardly religious. For instance, when I went to Chicago with a friend on a trip that was originally suppose to be coordinated by her workgroup. But her co-workers all conveniently dropped out when she extended the invite to her boring co-worker. Look I am not the only that doesn’t know what to do with boring people. She was wildly smart but in a social setting brought NOTHING to the table, *screams* nothing. The person that agrees with everything with no more than two syllables to offer because they don’t like confrontation, and really have nothing to say otherwise. She doesn’t drink, talking about sex was like oh my gosh how indecent, had no suggestions about where to go or what to do, didn’t dance or enjoy being out. The physical manifestation of a wet blanket.

I don’t mind conservative people or people who have different interests from myself. Nor I am saying that introverts are boring, because I tend to have friends who are more intro than extrovert and while big crowds or a lot of people aren’t their scenes, they add value to conversations, they are still dynamic people. I want to ask why be being boring in the first place, as much I don’t get it, I know that’s not fair. People can be whomever they want to be, if that is boring, which isn’t harming anyone, let them enjoy their existence. But maybe that’s what I don’t get, how can boring people be happy?

What do you definite as a boring person?

March is my birth month, as a reflective time for me I am blogging every day this month. You can catch the posts here. Hopefully, this will help me improve my poor time management, editting skills (if you’re quick to read after I post excuse my errors, takes me a minute to catch them) and inspire more content for my YouTube channel.