Insecure’s soundtrack is craftily selected and perfectly place songs. It looks like we’re going to be bodyrolling to season two the whole damn time. On the “nebulous fuck” as Issa describes the 10 second pelvic banging she did with Lawrence to Molly. hazy does some to be an accurate description. Issa ain’t so much as drop it low, more of laid it back and spread it wide on that couch for Lawrence.

The whole Lawrence Hive movement is going to show how dense, dumb and annoying Black men in their ain’t shit ways can be. Because who really thought Lawrence was smart or slick or cunning enough to execute revenge sex on Issa? This is the same man blowing up an air mattress at his homeboys crib, going from being on the couch at Issa’s to inconveniencing his homeboy. Who’s said homeboy is the epitome of lightskin people that act like house cats. Poor Lawrence.

As the Turkey Neck McConnell and the rest of the GOP seek to take down Obamacare and I happen to live in the state of Texas, where no therapists take Obamacare, I need all of the scenes with Molly’s therapist. ALL OF THEM. This Black woman therapist is dropping on the jewels and words of wisdom that Iyanla Vanzant could never. Magical thinking? Madam, do give me the psychological read and gather my uncomfortableness with my emotional vulnerability all the way together. 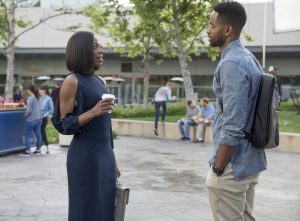 Molly can be insufferable in her own ways but as a friend she is so thorough. She is the friend who will pull the “oh, I was just in the neighborhood” ploy so casually all for her bestie. I don’t know why though she point blank asked Lawrence if there was a chance of him getting back with Issa, because it kind of forces his hand into saying no. The boy is so damn R&B singer confused. While I appreciate the move as being a down ass friend, logically I wouldn’t expect that move to work at this point in the game. Regardless I am not rooting for Issa and Lawrence to get back together, as they both have hubris they need to climb out of.

Here is your weekly reminder: be careful about how you judge Tasha. We all done been in her shoes. Let’s walk through this: so he comes to you saying he broke up with his girlfriend. On our moral high ground we don’t deal with negroes who just got out of five year relationships, ’cause it takes at least 36 months for them to get over being in love, true story. But you live in LA, where the average Black man ain’t even checking for your if you don’t look like you’re mixed or have the right quantity of silky baby hairs, whilst the white boys all over it. You are simply trying to stand firm in your black love, be supportive of the Black man, and welp, banging from the back and sideway….just blowing it out on a consistent basis isn’t such a bad time filler anyway. A positive balancing of hormones. So you bend it over and throw it back willingly. A R&B sensitive negro like Lawrence, probably be whispering sweet nothings and sending engaging good morning texts on a consistent basis. Therefore, you get sprung off of the little bit of breadcrumb action he’s throwing you, because society says be patient and kind to Black men, ease their burden. You ease it to the point of convenience. Then he tells you he slept with his ex so you tell him to leave while you process your emotions about someone you’re not even really in a relationship with, it’s just a hell of a consistent situationship. When the negro shows up apologetically puppy eyed – you like him and your twitterpation is clouding your better judgement. GIRL, WE ALL BEEN TASHA AND LET THAT NEGRO BACK INTO OUR HOUSE. Tried to make a home out of this ain’t shit negro but doors lead to trap doors. Beyoncé done warned us sis.

Shout out to Insecure and Issa for interlooping xenophobia within the black community. Racism requires power, but Black folks are just as capable of being ethnocentric and xenophobic towards others. Really Issa ain’t shit if she don’t report it. Even if Frida is that unbearable kind of paper clip wearing think she woke cause she follows Deray kind of white person. Vice principal Gaines more than crossed the line with the brown versus taco meat conversation, and Frida annoyingly has a point. Issa gotta do better and report this ole ankh-right ashy negro of an offensive school administrator.

How do you feel about the ending with Issa texting a guy on Tinder “tryna fuck?” Y’all get down like that? Does that work? Even using Tinder as a hook up you don’t have to be that on your nose blatant to make it work for the ho pursuit. Guess Molly really does need to give Issa a few lessons on what she says a thot pursuit, but we are adults and casual sex is fine.

Be sure to check my reviews of Insecure on HBO Season 1 and keep up with Season Two reviews here. 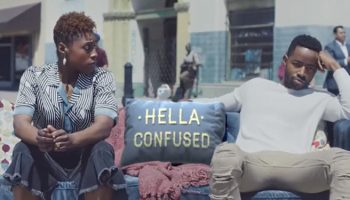 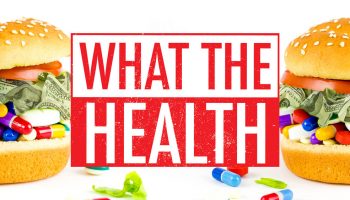 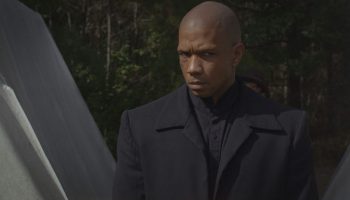 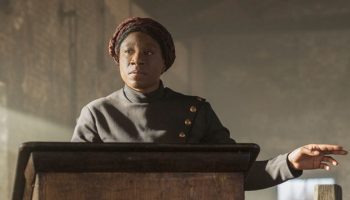