To say this out loud feels offensive to my Mother’s rule of never putting the family’s business “out on front street.” To address it, I worry that my mother will feel guilty or less than and that’s not a feeling she deserves to carry. My parents are greater than that. But this is a worthwhile, though uneasy discussion, that will hopefully help others work through the emotion and positively impact their familial legacy.

I resent that my family is not “Black excellence.” This is not just a they’re not wealthy or successful thing. It’s much more nuanced than that. Allow me to give some background.

What holds the bulk of my resentment is that I grew up in the pacifist religion of Jehovah’s Witness, which at the time of my childhood (they’ve seen updated their stance) pointedly did not encourage their members to pursue secular education. Most of my peers in the Kingdom Hall, enrolled in high school trade programs with the goal of getting work after graduation that would still allow them to focus on their spirituality. On top of that I grew up in Delaware, where the industry du jours are banking, education and pharmaceutical, all which require advanced degrees. Where as my mother grew up in Brooklyn and by necessity of survival, many of the Witnesses there pursued some sort of secular education post high school, she raised her offsprings in a vat of middle to low level laborers.

When I spoke with my mother about publicly addressing this, I asked, what models of leadership did we grow up with? Were we surrounded by an Black or minority women, who were in leadership roles? Were we exposed to any Witness growing up held a leadership role? I knew one woman from our congregation who had pursued her Masters, and was a principal at a school. I took a close liking to her and interned for her. but I also remember the dismissive comments made about her secular ambitions from other Witnesses, that this sister did not exert enough humility in her faith. Aside from that, we grew up with no exposure to people who looked anything like us in leadership roles.

To compound this, partly because of the religion as both sides of my family are Witnesses and partly because we were spread out across the country, no one valued getting together for holidays. We did not celebrate them, which was fine. But in the American workforce what other time of year does everyone have off on the same extended days outside of Thanksgiving and Christmas? There was no incentive to spend the extra monies it cost to travel on holidays so that we could be together as family.

But what does this disjointedness mean for the resources you can provide to your children? As they move out the house and go through the growing pains of college, careers and starting their own families. Familial wealth is not just about finances. It’s resources, access, and foundation (both emotional and physical) that add wealth to the family legacy.

We talk a lot about the necessity of mentors. But when you’re a first generation college student from a lower middle class family, getting a mentor is a concept that many of us have no knowledge on how to proceed. My parents cannot call anyone for any of the industries their children have pursued. This doesn’t mean none of us will be successful, but it does mean that ambition has to lie squarely on our individual shoulders. I’m advantageous enough that this hasn’t been much of a hinderance, but it’s gotten exhausting that no matter how far I progress, I’m constantly entering into frontiers of the unknown. You navigate that unknown by reaching out those before you, but survey your pool of peers and find out how much family connections benefit them in their career path. It’s not even that their uncle can get them hired, but it is that their aunt knows about an organization that might benefit them and has peers who she can introduce them to. Or their cousin has a house they can stay at while they’re in between homes. That your child has someone to talk to about how to positively exploit college to it’s full potential. That siblings or cousins can support each other as they launch their own businesses.

I know this is a bougie Black folk ambition, but it matters in a way we so often overlook. I wholeheartedly appreciate the emotional support that my parents have offered to me. I’m working through these feelings in order to let go and to be cognizant of how I want to raise my own family. This is to remind my #SmartBrownGirls that if they are dealing with these feelings you are not alone. That you may be overlooking how your family has supported you in a society that puts far too much focus on money. That you can be aware of the familial legacy you’re building, to pass down to your own family.

On Celebrating Dads on Father’s Day 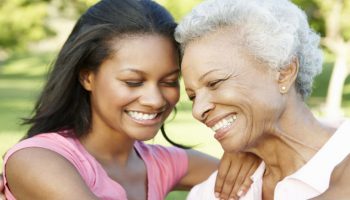