Hashtags & Protests Do Not Work #BlackLivesMatter

Hashtags and protesting accomplishes nothing. I’ve been hearing this message a lot of the past two weeks we’ve rolled through the hot heat of July. The summer breeze is stale. Many are trying to figure out what to make of 2016. Seven months in it’s been a hell of year. We celebrated our Blackness and then watched it be beaten down. We’re fighting a war while resonating glory. We’re all exhausted, emotionally and physically. But we must understand exactly why we’re exhausted.

We grew up being told protesting already happened. Why are respectability politics so deeply ingrained? Because we believed MLK already did the marching. Malcolm X already sacrificed for the fight. Cassius became Muhammed. Diana came before Beyonce, and Michael plus Prince revolutionized pop culture. All we had to do was go to school, do our homework, read books, be inspired by the gifted hands of Ben Carson and go to college, get a good paying job and live comfortably. Our comforts were already fought and won. Our ancestors marched from Selma to Montgomery so all we had to do was pull up our pants, press our hair right and enunciate to succeed in life.

While we’ve progressed, it still didn’t save us. What’s happened is respectability politics got us so far, and then we realized you can’t build a legacy of familial wealth if we can only succeed at objective things, because our race get’s in the way of subjective rulings. Objective, hard rules and bylines the math, the science, lawyer, doctor, engineer. Subjective is swayed by perception literature, the arts, pulling out your wallet without one assuming it’s a gun, walking through a neighborhood with a hoodie on and not being seen as a threat.

Trayvon Martin was the catalyst. A proper young man from a middle class household. The one that left the hood, pulled up their pants and was suppose to make it to at least having the basic comforts of life. Trayvon Martin reminded us that our oppression never ended we just left it behind. Jordan Davis happened, and I’ve met his parents. In the most endearing way they are bougie black folk, not the ones who ever expected their son to be shot down and killed at a gas station by a white man who was annoyed by his music. Trayvon Martin & Jordan Davis were a slap in the face to respectability politics because white folks still did not and do not respect us.

Out of that came the hashtag #BlackLivesMatter started by three Black women. Then in 2014, Michael Brown was gunned down in Ferguson, Missouri and the hashtag became a movement heralded by the protesters on the ground.

That hashtag absolutely did something. There is value in being apply to simply articulate complex feelings. That’s what the hashtag #BlackLivesMatter embodied. So when Michael Brown was murdered a hashtag morphs into a movement that was the cultural shift. The protesters on the ground embodied the hashtag with emotion. They would not let you forget. They invested in telling these stories that were not new but we had turned a blind eye to until technology came roaring back in our face, reminding us that Black bodies are still swingin’ in the Southern breeze.

Look at how much the way Black folks are addressed via pop culture and media has changed. How advertising has gotten more in touch with social causes. How diversity in melanin, age, body types, is starting to increase. The accountability of politicians has heightened. Most of y’all wouldn’t even know to dislike Hillary if it wasn’t for the hashtag social media folk.

They didn’t protest in the ‘60s and things just instantaneously changed. Folks were making the same arguments back then about “they ain’t nothing but noise makers”. It’s been noted that influential Black folk attempted to dissuade Martin Luther King Jr. from marching on multiple occasions. Change takes time, strategy and perseverance, it takes investment and commitment. In 2016 we are just getting to the investment point. 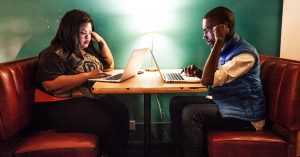 It is so ambivalent of people to say that protesting or hashtags have done nothing. The whole premise of you feeling exhausted is because these protesters have been working tirelessly to amplify the cause. It has worked because now the whole world is watching. Protesting is used as the bull horn to get people’s attention, to wake them up. A lot of folks just got “woke” in the past two years. And now there’s a dialogue about what to do next. We can have that dialogue without castrating the folks that have been in the street, because we would still be sleep without them. 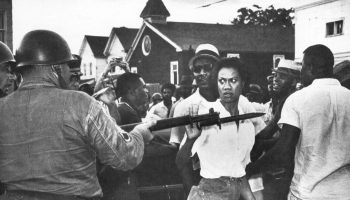 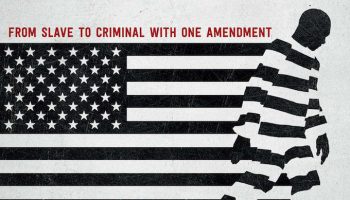 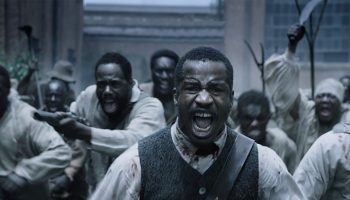