It has been a mighty long time, so I long I forgot what number #PopSnark this is. I recorded the whole thing thinking it was number 35 and I was wrong. Losing at my own game! I had recorded a #PopSnark 34 that just never saw the light of day, so excuse the mix up…

But we is back! By popular demand! 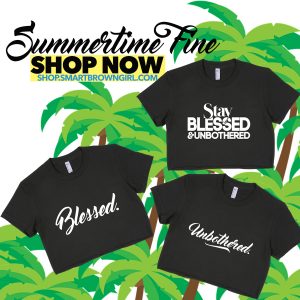 Popsnark has been gone for so long cause it’s takes a good bit of time to produce these videos and the monetary return on investment is scant. It is of great help if you can support a #SmartBrownGirl and the return of PopSnark by becoming a patron and making a pledge to my Patreon. Just $2 from you can go a very long way.

This past week was so full of joy and sadness and revelation.

First Harriet back! Harriet Tubman done came back to carry us to the bank replacing the very racist 7th president of the United States, Andrew Jackson on the $20 bill. And as everything that has to deal with being Black in America this moment was met with jubilation and disdain. Critical thought and a shut up and let me happy for a day nigga damn…why you always trying to steal my sunshine. This is a country where when it is taught, slavery is addressed as a “necessary evil.” There is a lot to be said about celebrating Harriet Tubman by placing her with her “I will fuck you up if you come for me” face on the twenty dollar bill of a currency that is admired around the world as a sign of wealth and establishment. The twenty that everyone in America will pass through their hands, that is commonly the denominator that your ATM pumps out and will look up at you reminding you that you tried to break me, tried to settle me as nothing more than cattle, you ripped me from land and I hid that land under the dirt of my nails and the soil of this country’s land caked on top as I picked that cotton that made the country’s independence possible. Them soils came together and out of it my people sprung. I ran towards freedom, then came back again to free more of my people. I kept running on that railway through a country that our backs have forever carried the burden of building up while not enjoying the spoils. And now you can’t live without me. You can’t break this twenty cause Black women can’t be broken.

I understand that some would rather not have Harriet Tubman commodified as the face of the twenty. While I celebrate and am here for it. Neither of us are totally right in our stance. Neither of us can speak for what Harriet Tubman herself would have wanted. And this is forever the duplicity of being a Black woman. That there is both celebration and sadness in this moment. That the fight is never over and while I celebrate I should still be pressing forward, fighting for my community.

Capitalism doesn’t bother me so much. Maybe because I’m sitting from a plank of class privilege but I really see no way to live in America, to enjoy the comforts of air conditioning, running hot water, organic vegetables, and alkaline water or that ease at which I can move across the country and experience vast differences from one town to the next, and that not be seen as me being a participant and someone who enjoys the benefits of capitalism. Not to say that I accept it in it’s totality but I’ve never meet a genuine anti-capitalism person in the States. You’re reading this post on your computer, probably via wifi. The ease at which you access technology is a benefit of capitalism. 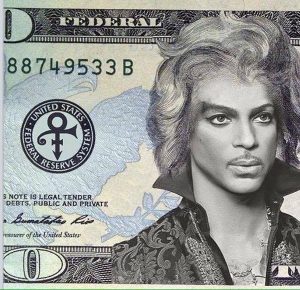 I still haven’t accepted that Prince, Brother Nelson, has passed away. As sad as I want to be, I have found joy in seeing everyone share their memories and inspirations garnered from Prince. In that he empowered people to be uniquely them. There literally is no one else like Prince, so much so that even in his influence men would attempt to emulate his style and look super corny doing it, because they were lacking the genuineness of Prince doing what he did without caring about peoples opinions of him. Prince was such an advocate for Black women and Black people over all. So many accounts of him making publications hire Black women to interview him, in his own way dismantling the walls that kept us out. Doing concerts in Baltimore and Chicago to quietly support the Black Lives Matter movement. Steadfast in being true to himself with a good dose of shade.

Prince was indignantly black and proud. He did not transcend race. He stood tall upheld by that race and broke down the barriers that attempt to box us in. He discarded of your monolith before you even knew what the word meant.

Prince’s indelible legacy is far more important then the cause of his untimely death. May he rest well. 57 is so young.

Badu Ba don’t. When you have to mute your fave because she is unwilling to back down from doing the absolute most. To be honest I did read that second batch of tweets from early last week, because her entire argument for me is decimated with one point: you can never start the conversation about a woman’s dress from the base of rape culture. How you feel about your children’s clothing is a right you have as a parent. It’s a discussion you can have as a parent, but you don’t insert that discussion when talking about sexual assault and rape against women. I don’t care about anyone’s nature or hemline, but rather I care that we poignantly remind all that no means no, people’s bodies are beholden to no one but themselves and at no point and type is rape or sexual assault every valid. Girls in niqabs still get rapped, that hemline won’t save you.

Do you hear that? The edges of all the witless ain’t read a book in forever folks getting their edges snatched by Beyonce. What can be said about Lemonade. I am so fulfilled, so benevolently overjoyed. Lemonade is redemptive in rejoicing Black woman, and so many folks are letting their ass hang out cause they don’t get it. There’s not enough time to give Lemonade it’s due in this here PopSnark, will get to that later. But to briefly cover it, there’s so many ways to extrapolate the words and wisdoms of Zora, Gloria past Brewster Place, or Alice from her familiar temple. Audre or Sonia. Conjured up the multitude of orisha goddesses and turned them into lemonade so you can digest something you’ve never been worthy enough to taste. II ain’t here for anybody slandering Warsan Shire’s eloquent words.  This was selfishly for Black women and I loved every bit of it. I have watched it fifty eleven times over and my only critique is it’s too damn short. I want more. 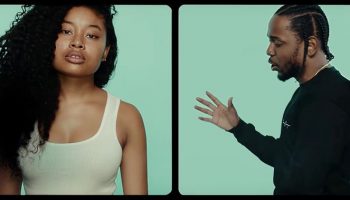