Beyonce came thru this weekend disrupting all our lives and our Facebook newsfeed. And I’m sitting here, still waiting for someone to answer, “what happened after n’walins?”

Beyonce will forever be polarizing, simply because she is a Black woman who carefully controls her image and is the biggest pop star, if not celebrity of our time. In “Formation” she dropped a music video that is an ode to her roots as a Black woman from Texas. It was Black af, Texas — well Houston, Texas af and a declaration to remind us that while she’s transcended to utmost status of celebrity she has not transcended or deviated from her roots, whether you term it “country” or “bama”.

Not everyone has had the pleasures of residing in Houston or the general South. Nor has everyone had the pleasure of matriculating at an HBCU where you go to football games, not to watch the sport but for the marching band and to see your favorite majorette prance. Or where the term “bama” is thrown at those dudes who are always on the yard, but don’t actually matriculate at the school. Formation was hand cradled for your marching band pleasure.

As an ode to Southern Black culture, it means something so sincere, that Beyonce used her magnanimous platform to acknowledge her people, a people that are oft overlooked and rift amongst themselves over whether they have a culture. African Americans most definitely have a distinct culture, though it’s not monolithic and there’s no nomenclature to distinguish the sectors amongst us. Which lends itself to Beyonce identifying her dad as “negro” vs her mother’s “Creole”. I use the term negro myself and stand by not policing how Black folk choose to self-identify. Beyonce has long idenitified as Creole, and it is a major culture and community stemming from Louisiana with a strong hold in the Houston community. I did not quite get the Creole thing, until I moved to Houston and realized how prevalent the Creole pride and culture really was. We can acknowledge that Creole comes with it’s own set of societal ills, isms and issues. However, Beyonce isn’t crooning about being lightskin or silky. This is a woman whose name is meant to preserve the legacy of her Creole family name. In the next breath she’s revering qualities that are not touted within the “isms” of the Creole community, her Baby’s afro and her man’s jackson 5 nostrils.

Now we have Big Freedia yelling “I came to slay bitch” interlooped with ”ohhh yeah ohhh yes I like dat” in my Messy Mya voice. This is an ode to the LGBTQ community, gay rappers and bounce music. Even the documentary they sliced scenes from heavily featured Nicky da B. Messy Mya’s voice is again used as part of an allegory of Katrina with the voice of Trouble the Water’s Kimberly Rivers Robert, as Beyonce drowns a New Orleans police car in flood waters. In the aftermath of Katrina a gross amount of New Orleans police abandoned their post, while others covered up their murdering Black people for crossing a bridge, or setting fires to black bodies in Chevrolets. Do you understand the levels to that imagery Beyonce projected at the end of Formation? I understand the basis of the criticism from some New Orlean’s locals who feel that Beyonce is exploiting their pain. But Houston, TX saw a large influx of Katrina victims, and there’s vivid reminders, one being a low-income (targeted at Hurricane Katrina victims) apartment building bearing the Knowles family. Ad nauseum, both Tina and Beyonce have noted their family roots in New Orleans, that then migrated to Galveston, TX. Is it truly exploitative or remembrance? I am curious as to what is the threshold on that.

I will nod in agreeance that Beyonce has long had a give-credit-to-those-you-use problem. It could have gone a long way to have an “in memory of” or some adjacent behind the scenes/article that highlighted the aforementioned voices of New Orleans and inspiration used in the video.

The only white people featured in the video are cops dressed in riot gear as a young black boy in a hoodie dances in front of them and then commands them to raise their hands in surrendances a la “hands up don’t shoot”. “Stop shooting us” is a clear parallel to the Black Lives Matter movement, and I loved it.  It’s hard being Black and “woke” as they say. To be a part of the struggle to do better as an individual and get society to do better and be better for all, is exhausting. There are things to be said about Beyonce’s hyper-captialism, but even that highlights the struggle for many of us, as we work tirelessly to make a change via integrity, trying to balance that with paying bills and wanting/desiring/deserving to get to a point of financial comfort via our work. Even when our work is for the community.

It’s interesting to see people criticize Beyonce because they don’t feel that her support of Black Lives Matter is real…as though she needed to be here from day one in order to see her integrity. She’s clearly strategic, but I don’t see aligning or supporting BLM as a money move especially when it has it’s own contentions definitely with white people and within the Black community itself. Beyonce is a global star, speaking to a GLOBAL audience. BLM is a very specific movement —- a very Black in America movement. Let’s say Solange introduced her to BlackLivesMatter and swayed her in understanding the significance. Or maybe Bey really lurks on Twitter as she does follow Deray. So did you come out the womb knowing all or pop out naked but woke?

Then there’s the critique that it needs to be more literal. But when Janelle Monae puts out very literal songs like “Hell You Talmbout,” she’s still criticized for being too over people’s heads and told to tone it, water it or dumb it down to make her art more palatable to a broader audience. Why can’t different people function in different capacities? Beyonce has no responsibility in carrying your hand and directly educating you. That’s not her function as a musician and entertainer. But she used her music to spark an important conversation. Same way Nina Simone went from being a mega pop musician to politicizing her music. Or Fela went from singing highlife to criticizing the politics of Nigeria after encountering James Brown. Or Maya Angelou, after being a sex worker used her pen to inspire a legion of Black women. There’s much to be discussed in Formation, because Blackness is complex. It might be even more complex for Beyonce considering her celebrity and how far she has to go to retain a sense of privacy. That’s part of what some of us have hard time with in regards to Beyonce…that she forces you to digest her music, her art, the power of celebrity without any of the intimacy of knowing her on personal level.

Here’s something I would like to talk more about or see more think pieces on: the agency of poor Black women versus that of Beyonce. Because we all have work to do in this arena as we laud or dance along to Beyonce’s declaration of Black Southern Woman power, but make a mockery of the poor Black women for whom this is their daily lived experience. We have much to discuss on this.

Formation is 4 minutes and 52 seconds of glorious Black womaness…I was overjoyed, happy, elated and revitalized to see all that imagery of free Black women. From the artwork in the house, the fro’d out and Gucci’d down dancers. I teared up and bellowed with pride. What a time to be black, woman and alive. Now catch my fly and my cocky fresh! 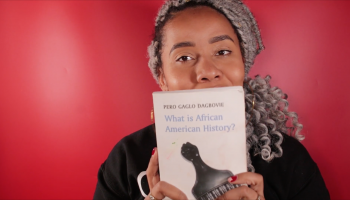