There is something truly miraculous about a show created by Black women, largely produced by Black women, managing to create a character that Black men can rally behind. Hilarious because the #LawrenceHive entirely exists as a means for Black men to build a wall that protects their own insecurities and ain’t shit ways. The truth of the matter is there isn’t any character at that stage of the storyline on Insecure that is worth capping for. They all have major hubris that needs a good sit down with a (Black) therapist. Kudos to Molly for taking the first leap.

Issa Rae’s Insecure is back on HBO and in the first episode of Season Two, “Hella Great”, we see Lawrence strap on his f*ckboy wings and tangle Tasha into a situationship where he’s bound to hurt her, for no other reason than because he’s hurt. As much as we want to put the weight on Tasha for being basic and needing to make Lawrence do more or even just better by her. Ummm, this is the same character that men are applauding for being there for Lawrence, for being patience and supportive. But you know, we always require Black women to be super humans.

Check the rest of my review of Episode one below. This was just backlog/housekeeping, review of episode two will be up tonight and every Sunday thereafter! 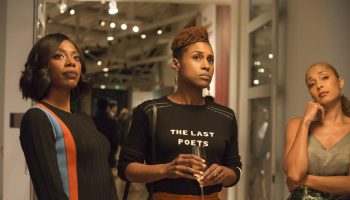