Finally getting around to talking in full, about my trip last year to Ghana, where I spent roughly seven weeks chilling in Accra. Yes it took me forever and a day to get to this, but here we  are.

I originally landed in Ghana, because I was part of an influencer group heading to Togo to the Alaffia compound. For the first week and a half, Hey Fran Hey, Shameless Maya, and Starr, who’s a writer were there with me. We stayed in the Kempinski hotel for the days we were in Ghana. It’s a cute luxury hotel that had recently opened right before we got to Accra. 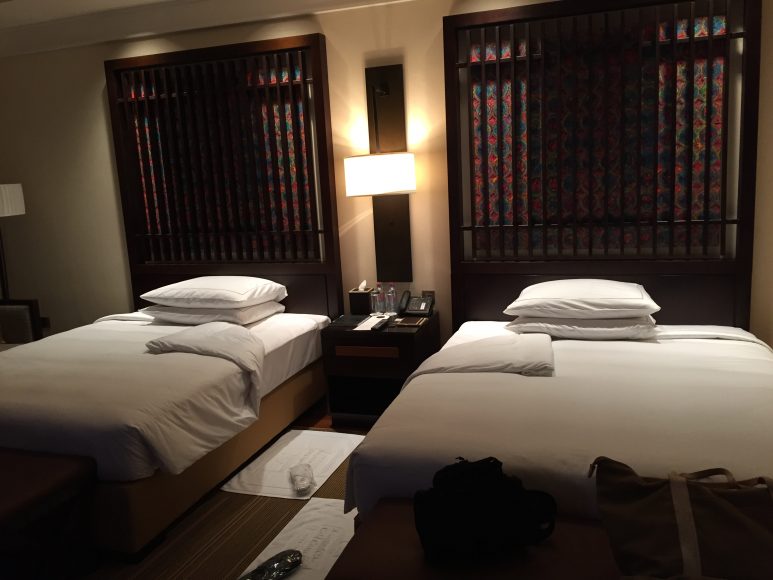 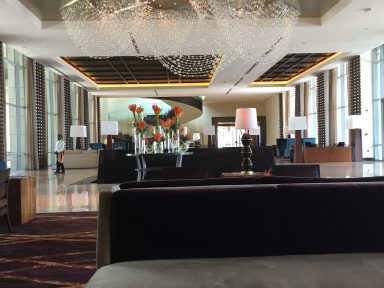 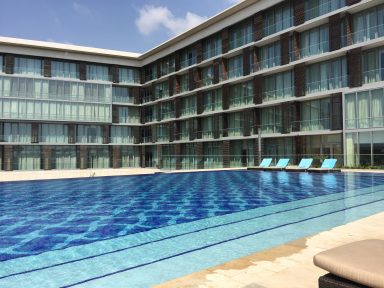 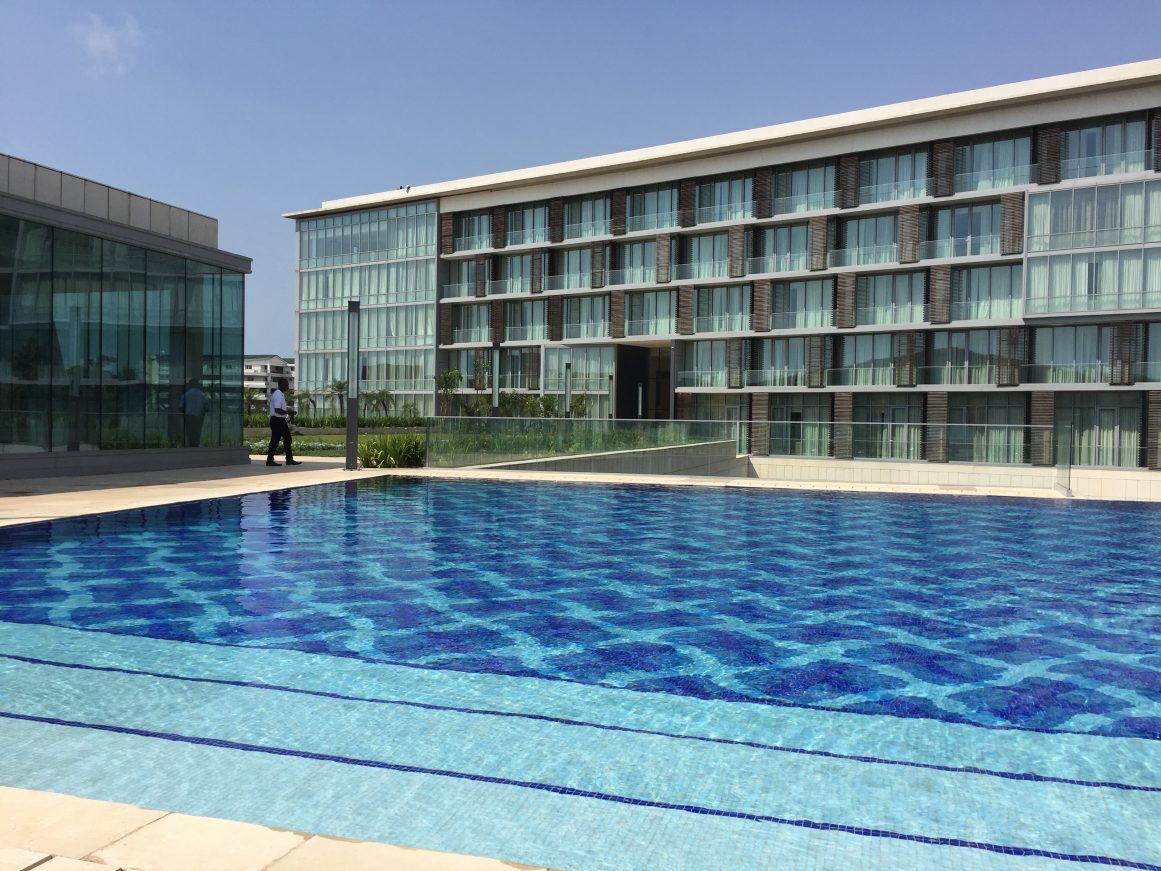 We hit the Art Center, where you can grab different works from independent artist and vendors. It was very amusing to see the Jamaican flag everywhere, and that transAtlantic loop sphere of influence. We hit Makola Market, the place to get fabric…but it is a lot to take in and best if you do that early in the morning. 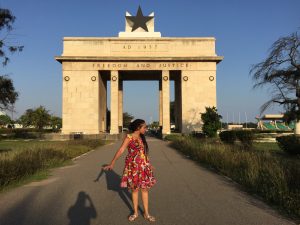 Then we headed to Togo, where I have a separate video on that amazing experience. Going to Togo impacted my perception of Ghana, in a way I did not expect. Everyone said you’re gonna love Accra and Lome is okay but you’re going to be ready to go back to Accra. We didn’t spent much if any time in Lome, the capital of Togo. We stayed on a gorgeous beach then moved inland to central Togo, outside Sokode. The lodging wasn’t luxury but it was well done to fit one’s needs while fitting in with the setup of the land, ah my earlier point on infrastructure, which is even more staggeringly lacking in Togo but there wasn’t an expectation that it was going to be anything else. There wasn’t much light after sundown and there was no expectation that there would be. Boil the water if you want a hot bath, the toilet flushed but there water was from a pump otherwise. There was no illusion that anything else would be available. You knew what you had and what you didn’t have and setting the right expectation can make life more enjoyable, no matter how simple your surroundings.

Togo tied into my biggest complain about Ghana. Ghana, and more specifically Accra, wants to project itself as a metropolis. So it attempts to set this expectation that it doesn’t have the infrastructure to meet. I’ll have to explain more in another vlog. But this is what colored a lot of my experience in Accra.

I did not get a ton of video while in Accra. One cause I’m a horrible vlogger, more of a person who likes to live in and absorb the moment organically. Also Ghanaians are not about voyeurism at all and they will scold you quickly, eh-eh!

When I got back to Accra, the other ladies left. I headed out on a group trip w/ some local Ghanaians to a lakeside right outside of Kumasi. It was so much fun. Aside from that, I did not do as much travel around the country as I would have liked to. Ghana threw me for how expensive it is. 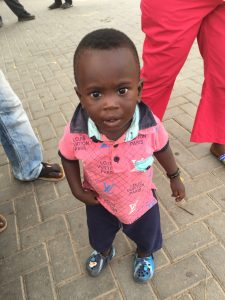 I stayed in Kokomele where the dumsor wasn’t the worst in the city but was pretty bad during my stay. Dumsor is loading shedding where the electricity goes out for 24, 48, 72 hours. There was no one else in the house but myself + the house lady so to turn on a generator for one person is so wasteful. And I thought I would be fine, because I have family that I stay with often who lives in the backwoods with no air conditioning and minimal electricity. Polk County has a breeze though, Accra not so much.  That lack of breeze killed me and you didn’t really know when the electricity was going to go out and for how long. Sometimes long enough the water stops running and in Togo where there were wells and pumps….I never figured that out in Accra, a place that is built to be a city with plumbing.

I already knew going in food was going to be an issue. Y’all going to hate me but me and that dried shrimp or is it crayfish seasoning, we cannot go together. My tastebuds were having none of it. Working around that seasoning and things being fried extra hard; and then salad being a thing you rarely saw and then when you finally see that beautiful bed of fibrous green, someone done thrown the whole kitchen sink into it and there’s sardines or some little fish mixed in there. Ahhh!!! Y’all why did your Auntie hide fish in the salad?! I did find some Ghanaian dishes that I loved. Me plus some peanut butter soup, jollof grilled chicken, kelewele, all day party time! I ate a lot of fanyogo and blessings to the Ivorian restaurant in Osu: tilapia, acheke, cassava, plantain.  Ghana gut is most definitely a thing, but I still managed to pack on some pounds in Ghana.

Once I realized the salad mission was an effort in futility – there was fishless salad at a Christmas party (praise Yah-weh!), but no salad dressing just mayo. MAYO! And when I inquired about a vinaigrette maybe, balsamic? Olive? Lemon? Something?! The ladies commented on how American and spoiled I am. Because eating a salad with mayo is just beyond me, lmao. I had fun ordering dishes I knew made no sense ordering in Accra, like nachos. Nachos in Accra = doritos with cheese slices.

I got waist beads, around my chubby waist, I still have them and love them. Stayed for a few nights at the Movenpick hotel which was much needed! If you’re not from Ghana or West Africa and you’re totally a tourist, do yourself a favor and stay at least one night there. Decompress. Most places with more tropical climates, the mattresses tend to be hard and I had no desire to leave my room once I fell into the soft beds at the Movenpick. I never realized how different mattresses are around the world. 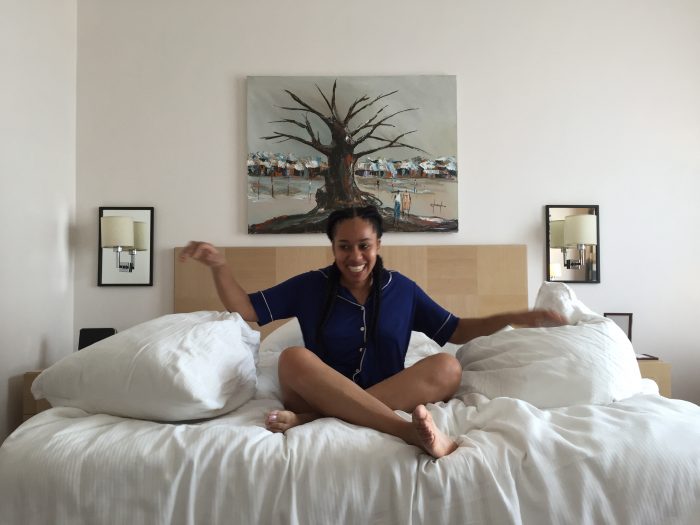 There are some really nice neighborhoods throughout Accra. Folks love Moet, like it’s a thing where people invite you over to have a glass of Moet. I thought An African City was an exaggeration — no, the show is spot on. Dating in Accra is a joke. There’s a real odd dichotomy happening considering when I went to the club there was always more men than women, but the women were still at a disadvantage, like the flagrant ho mentality, no chill. I have stories for days they way I was talked at by men. And it’s not just an innate Ghanaian thing, because men who had been educated in the Western world (Europe/USA) tended to be the worst. The way imperialism impacts dating, relationships and therefore family structures is mind blowing. But I did meet Maame from An African City and she is an absolute delight! I also met the creator Nicole, we had drinks at Burger & Relish, like $14 American hamburgers. 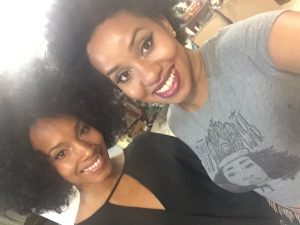 I spent a lot of time at Nicole’s house in the Cantonments, where all the embassy people live. Somehow I never took out my camera, but I did snapchat a ton with her kids and her fabulous Mama, but that was before Snapchat let you save snaps. Nicole and fam really saved me in this long trip to Ghana, I miss them so much!

Met Amna in Dzorwulu. Went to Aburi with Averi and Miesha for Christmas. Got my hair braided at Aunty Alice’s — whole video on that — she’s ruined it for me getting my hair done in America, no one does it like her shop. I got a ton of clothes made And the night market was one of my favorite nights, out and about in Accra!

New Years Eve is spent at church and I went to this church in East Legon that is led by a white man from America and then headed to a family dinner at Papa Joe’s house in Osu where his brother in law, Nana Addo was in attendance. I had no clue but my homeboy had a complete freakout after we left the event and I couldn’t understand why until he texted me last month to let me know NPP is back in power. Congrats to Addo winning the presidency.

WEB Dubois a prolific African American leader, has a home and is buried in Accra. I checked out the Du Bois Memorial Centre. Once my friends. made it in town from Lagos, where my prophyte and chapter soror, Eni, had her traditional wedding, we headed to the slave castles. I was not as touched as I thought I would be. I was just disgusted at the whole of humanity. At the vastness of the structure that allowed this to happen. I learned about the different ethnicities that sprung out of the slave trade. All the slaves did not make it to the Americas, some were dropped off around the slave castles, repatriation has been happening from Brazil, the US, the Caribbean, since the beginning of the slave and they all amalgamate into something new. The slave castle made me really proud to be African American. African Americans have much in their culture to be proud of and Ghana reminded me of that, in how we persevered and took on new ways under such brutal inhumanity and oppression. We are definitely connected to West Africa, I address that in my 1st impressions of West Africa video, but we have a uniqueness in cultures that has been hard fought for and deserves our pride.

To end my trip was Eni’s wedding at Labadi Beach. It was everything, so much love not just from the couple but the friends and joining families. The identity of family, is really why so many African Americans are drawn to wanting to inculcate themselves and even repatriate to West Africa. I get it.

It was a beautiful ending to a great trip.