The Genius of Beyoncé Reshaping the Image of Black Motherhood

Beyonce Giselle Knowles Carter is damn genius. You don’t have to be a stan or a member of the hive to understand. But let us walk through some historical context so you can under and over stand what Matthew and Tina have blessed us with. That definitely includes Solange too…because in an era of the 21st century where Black bodies continue to experience so much damn trauma. This Black ass joy the Knowles women heighten is just everything for so many layered reasons.

Ethnomusicology, is the study of music from the cultural and social aspects of the people who make it. Basically the study of the culture and society that influenced the music and of the culture and society the music influenced. There is a storied ethnomusicology to the history of American music and that of the Recording Academy. America the land of the free, that was stolen from the natives and built upon by forced labor of the slaves. You know there is a racial history here, because what is America without it.

Pop music is the reworking of black voices, songwriters, composers and their melodic narratives tuned down to make it palatable for white performers to claim and serve them as the newest hit for white audiences. This is what the genre classifications are built off of. So think of the strategy presented when Beyonce releases her Blackest album to date, in that Lemonade blatantly addresses and invokes the narrative of Black women who struggle, persevere and overcome in a world that is built to suffocate them. Across the twelve tracks on the album, Beyonce invokes various genres that Black artists are typically pushed out of. Rock with the Jack White produced track “Don’t Hurt Yourself”. Then she wisely cajoled a group of R&B writers to pen the country song “Daddy Lessons,” adding another layer of strategy and defiance as she performed Daddy Lessons with the pariahs of country music, the Dixie Chicks at that the 2016 Country Music Awards. Look, Jolene is that song and I’m happy Pentatonix got to win a Grammy off a Cracker Barrel sponsorship, that hit all the Walmart shopping country music fan notes, but how come Daddy Lessons did not qualify for Best Country Group Performance?

In the past ten years, seventeen non-white artists have been nominated for Album of the Year. Of those seventeen only Herbie Hancock has won in 2008 for his cover album of Joni Mitchell classics. Joni is a white woman. The last Black woman to win, was only the third to ever do so when in 1999 Lauryn Hill won Album of the Year for her culture shifting album “The MisEducation of Lauryn Hill.” Tell ’em how we all learned the meaning of reciprocity through Ex-Factor. It all could be all so simple, but you’d rather make it hard.

Beyonce knew Lemonade wasn’t going to win any of the top categories it was nominated for. Not record, album or song of the year for “Formation“. Much like Rihanna knew she wasn’t going to win any of the eight nominations Anti deservedly scored. Rih Rih came slayed and graciously defiant with that bedazzled flask. Now no one is checking for her who she lost too, we’re just here for her slay. And Beyonce stopped the show with a performance that no one could dismiss. I love the f*ck out of Black women, who know in the face of a society that does not truly respect them, there is no breathing without them.

To speak to the glory of Beyonce’s Grammy 2017 performance, that was an ode to motherhood and more specifically the holy wombs of Black women whose bodies have been ripped apart and tortured for the sanctity of white women’s fertility. An ode to Anarcha, Lucy, and Betsey, the Black slave women the father of modern gynecology, Dr. James Marion Sims experimented on. 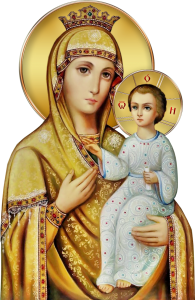 An ode to all the Black women who suffer through the belief that we have a higher tolerance for pain, leaving doctors to dismiss our concerns and diagnosis us too damn late. For the PCOS, the lupus, the sickle cell and others that go under researched, burdened in the wombs of Black women. For the lack of any holy imagery praising the holiness of Black motherhood, while Aunt Jemima and mammy are commodified for mass consumption. For the Welfare Queen of Ronald Reagan’s imagination that held its foot down on Black women’s neck, even though she was really a white woman. Beyonce repainted herself as the western image of Mary, Mother of Jesus while not denying that even that image was brought through brutality against Black women. But we are the mothers of the world much like Oshun, arms extended like Parvati. In essence, no matter your belief system, your womb is holy. This is the image young girls, little Black girls who in so many ways are reminded they are supposedly not worthy, these are the images they need to see. That there is a beautiful lineage that proceeds and birthed them and only through them can that beauty extend.

Adele swooped up all three major categories with her album 25 and the lead single Hello. Adele is not at fault here. Yes she absolutely benefits from the privilege of being a blue eyed soul singer, but this ain’t no Taylor Swift’s 1989 winning over Kendrick Lamar’s To Pimp A Butterfly, where there is a clear sonic difference in caliber of artistry. 25 is a deserving album but as Adele stated, what does Beyonce have to do to win album of the year? She’s only won one major category with “Single Ladies” taking home Song of the Year in 2010. Lemonade deserved Album of the Year because it is an album that has shifted culture, sat on the nose of white listeners forcing them to understand that this moment wasn’t for them, but it can still sound good to them. It awakened them to a narrative that is often silenced. And it was magnificent. That is an album of the year. Nothing Adele said in support of Beyonce was wrong or offensive, she acknowledge her privilege and that the album did mean something different for Black women, including her Black friends.

Typically the Best Urban Contemporary Album winner is not broadcasted. But somebody knew better and that was Beyonce’s one opportunity to give a speech. Penned on a gold card matching her mother mary outfit, she made sure her message was clear:

“It’s important to me to show images to my children that reflect their beauty so they can grow up in a world where they look in the mirror first at their own families as well as the news, the Super Bowl, the Olympics, the White House, and the Grammys, and see themselves and have no doubt that they’re beautiful and intelligent and capable.“ 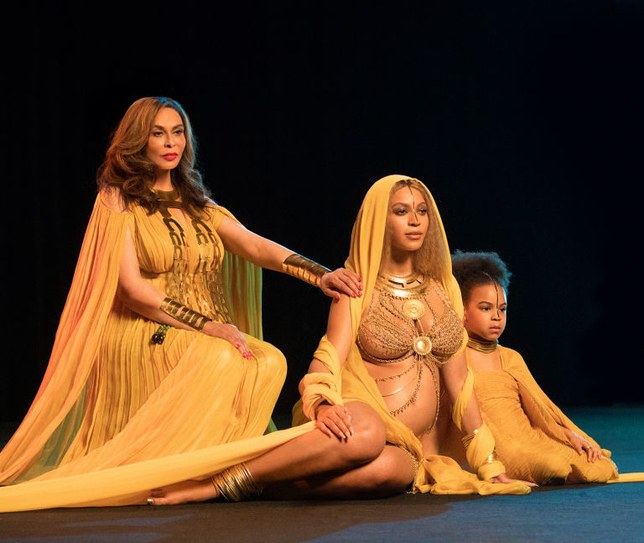 Travel to Cuba: Catching a Flight + Visa From the United States