What some will never understand is the daily strength it takes to be a Black woman, in a space history has dictated is only for white women.

Last week, we saw the last day we got to live through Barack Obama as our sitting president.But more importantly and more saddening is that was the last day Michelle Obama is the and our First Lady of the United States.

In the past few weeks there’s been a ton of discussion about the legacy of Barack Obama. Most notably his interview with Ta-Nehisi Coates for The Atlantic cover story “My President Was Black,” where Obama discusses his Black identity, how he chose to fall into it as an interracial child who grew up with his white mother and grandparents in Hawaii and how that differs from the choice Michelle never had about her Blackness. And therein lies one of the more significant aspects of the past eight years. 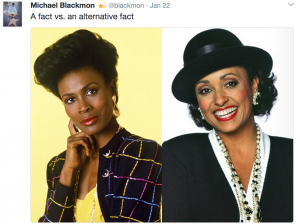 That Michelle LaVaughn Robinson Obama was and is a thorough down to the bones Black woman. If Barack’s wife had been an Aunt Viv #2, he would not have been our 44th president. It’s not simply that Michelle was Black. She was deep in tone and ethnic in features. Her relaxer, silk press, is laid and slayed to the gawds but we’ve seen that high school graduation pic to know that she understands the blessings and the detangling blues of the type four naturals. She’s not a silky, baby haired down, light eyes or whatever features that skew on the spectrum towards Europeaness, that we so often see in our firsts. Where colorism has allowed a privilege for some, Michelle rising up from the South side of Chicago, stands at the opposing end.

And for the past eight years, we’ve gleaned inspiration from Michelle Obama being the First Lady of the most powerful nation in the free world. Living in a house that slaves built and standing next to a man who holds so much sway over the entire world, as he looks into her eyes, sparkling. Remember when your aunties told you the best relationship is to find a man who loves you more than you love —- oop…seemed shady, contrite, but we get it. Got it. 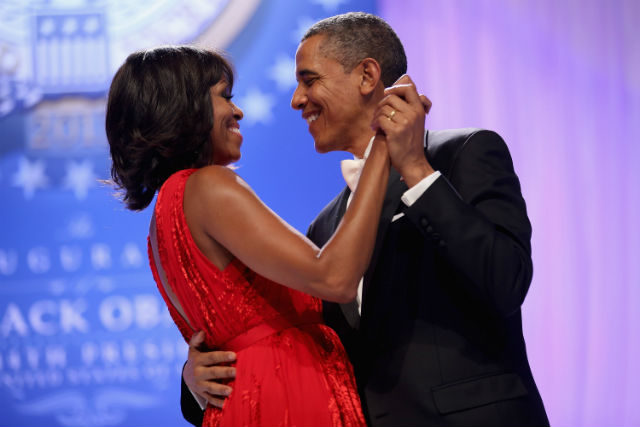 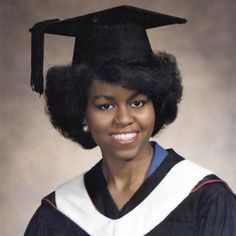 Her outfits were yaaaass sis worthy, her hair had the right bop, her eyebrows, it takes, is still taking, has took us all moment to get there and she got there, transforming to fleekness. Beyond just the visual, Michelle is educated with a bachelors from Princeton and a JD from Harvard. She was career focused and Barack met her when he was her intern, went on to make quite a bit more money than him, while being a mom to two beautiful girls. There’s so many things to take from this as Black women are constantly talked down at about being submissive, compromising, not focusing too much on your career, like we are incapable of balancing career, love and family. 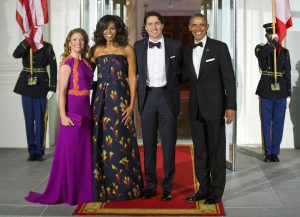 Michelle in the White House has been act of grace. She’s had the switched turned on for the eight years, that code switch we turn on when we’re the only brown face in a sea of white when we step into the office. But she doesn’t get to leave this office at five, and there was no cubicle for her to hide in or headphones to throw on and block everyone out. She was in the spotlight, giving us the blessings of seeing Black Love, Black music, Black Family and Black joy scandal free in the White House. Black parents have been able to get their children interested in politics, in community because they woke up every morning to an image of themselves in the White House. Not an image that was beleaguered or downtrodden, but one of poise and strength. 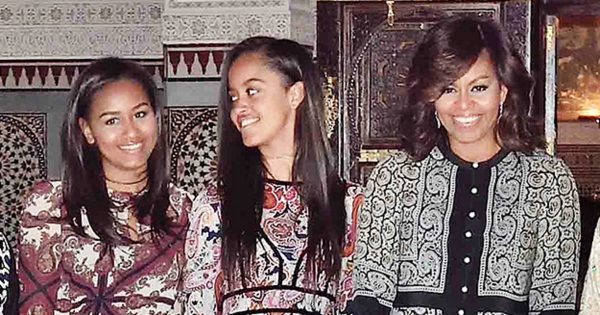 Michelle brought us a White House campaign for fitness with Beyonce, advocated for the education of girls around the world, was a driving force in every Barack Obama election, then stepped out on the trail for Hillary. She made a sacrifice, for her husband to ascend to the presidency. Putting herself in a role that took her out of corporate leadership and into an unpaid position that required great discipline.

We watched the grace walk out and well at the moment nothing is moving in behind her, because Melania realized ain’t no check for the first lady and she didn’t marry a man twenty four years older than her that likes a half melted orangscile to do work for free. 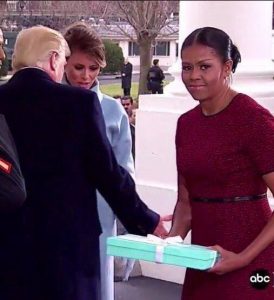 But again with the Obama reign ending, here’s my thank to Michelle Obama for standing beside and backing up in love Barack. For being an inspiration to so many young Black girls, who are constantly told they are too this that or whatever to be great. For putting up with the heightened criticisms, standing tall and firm in your greatness. For that indignant smirk you turned your head to cast as your greeted Melania, deeply felt by every Black woman in this nation you knows the feeling of holding it together for the greater good. And thank you for giving us all access to a piece of your magic for the free.

We love you Michelle. 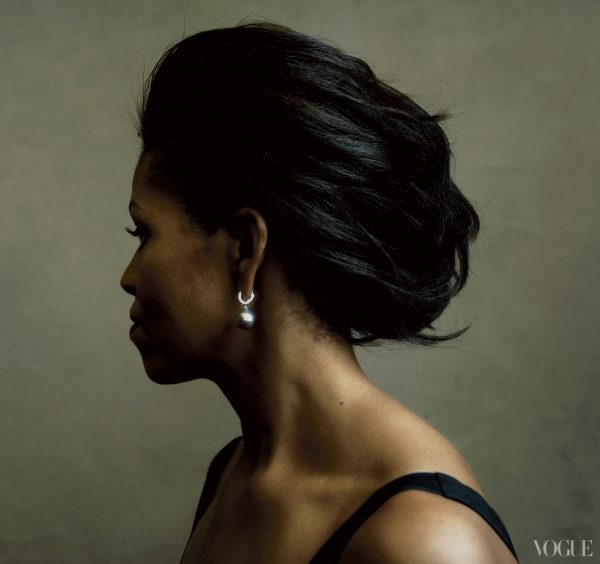