Folks are tiring of the conversation around Nate Parker’s Birth of a Nation, a film that started out this year with much hype and has since been marred in controversy. Previously I published a video analyzing the Penn State rape case that involved Parker and his BOAN co-writer Jean Celestin in the late nineties. Since this conversation has become so polarizing, with scathing criticisms of the historical inaccuracy and people I know and respect saying that the film was a must watch, I decided to check it out. It’s become increasingly difficult to counter some of the anti-Black woman rhetoric that has come out of this discussion without being able to speak directly to the context of the film.

Birth of a Nation is Nate Parker’s rendition of the 1831 slave rebellion led by Nat Turner. Parker, is the co-writer, director and star of this film as he plays Nat Turner, himself. Now because I know I already have keyboard warriors gunning to take me down, let me preface my review with this:

Now let us explore the content of this film, devoid of slinging mud at either side of the rape case.

I walked into the movie theatre with high hopes for Birth of Nation, as Nate Parker has fought tirelessly to vouch for the greatness of his film and poignantly stated that he is looking to become a leader of the Black community in his interview with Ebony Magazine. For all the energy put into this fight, the actual content of the movie should be able to stand on its on legs and it is very possible that some of the criticisms about the historical inaccuracies were unnecessarily harsh. Or so I thought.

No. I sat through two hours of a woefully mediocre movie that whitewashed the legacy of Nat Turner and played into the same Hollywood tropes that are constantly regurgitated in slave narratives. It’s not a horribly bad movie but it does not live up to any of the hype. 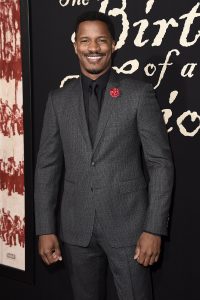 What is most infuriating is the superbly insipid storyline that was more of a service to Nate Parker’s pursuit towards the heights of fame than to Nat Turner’s legacy. Celestin and Parker have produced a body of work that shows them to be entirely inept at writing a screenplay. It is not the expectation that any film should or can be 100% historically accurate. However Nat Turner’s story is presented under peculiar circumstance that lends itself to vast room for creative license. The official documentation of the rebellion is via the attorney Thomas Gray who claims to have honestly transcribed Turner’s words, detailing the engineering of the rebellion, while Turner was waiting for his own certain execution. We are to believe that a white man, who is an attorney in the slaveholding state of Virginia, where it’s largest business at the time wasn’t not cotton rather tobacco and selling slaves, published a book with the utmost integrity and consideration towards Turner’s words after he managed to successfully slaughter close to 60 white slaveowners and their families? Like in 2016 after being caught on camera cops ain’t retelling the story like we can’t see it for ourselves…like Donald Trump ain’t thing?

Turner’s story left a ton of room for Parker to really dig into his interpretation of what it meant for Nat Turner to convene slaves in an era where there was an entire ecosystem to keep them enslaved and repressed. This ecosystem was so successful that it could not be defeated for at least another 30 years and only by the cause of a Civil War, that really only dismantled the surface of the system, hello 13th…Amendment. 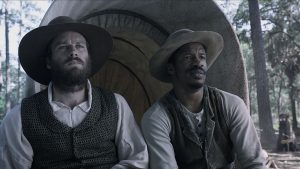 Birth of a Nation casts Turner as a slave with a kind enough master in Sam Turner and his family. Nat already knows how to read but by the benevolence of the docile, fragile white plantation mistress who sits in the house passively watching the ills of slavery, the Mother Turner takes Nat in giving him the Bible to learn. This casts a fragile white woman as the vehicle for Turner’s intelligence over all other slaves. The generously gentle touch with the characterization of the white folk does not stop there. Sam Turner, is portrayed as a reluctant slave owner who drinks through his grievances and his forced to participate in the more grotesque functions of slavery due to his financial deprivation. He’s only evil because he’s broke…I guess.

An interesting motif does appear as  Nat travels to different plantations, hired out to preach to slaves, using the Bible to reinforce the subjugation of the slave to their master. Christianity was brought to the African slaves to keep them inline for their oppression. But with the wobbly storyline that motif is washed away with Parker uttering half a Bible scripture over a campfire where he tells some slave men that they will rebel; there we have the summation of the planning for the rebellion.

Birth of a Nation spends over an hour showing us the dehumanizing brutalization of black bodies shackled into slavery. Why is it suggested that Turner ever had to leave his plantation to see how bad slavery is, like the Turner plantation was a respite? We go through all immense gore with the slaves and then they are entirely stripped of their intelligence, with an entire lack of character development. Instead we are entreated to a love story between Turner and Cherry,  if we must for the sake of Hollywood, where not one Black woman character had any opinion or intelligence of her own volition. Where the rape of Turner’s wife and then another slave’s wife, leads Turner to tell that slave, Hark, to gather the most trustworthy men to meet him the day after next down by the river. We are too assume that in 1831 it’s that simple of an act for slaves to gather out of the earshot of an overseer? 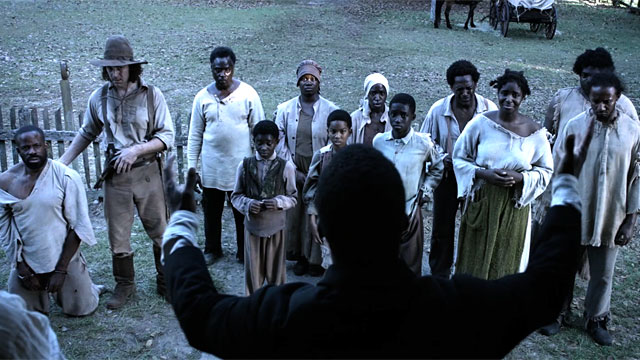 They meet over a fire where a young thug from one of the most brutal plantations shows up, and Hark attempts him to shoo him away, but no Turner who is planning a rebellion against white slave masters in 1831 and is gathered with other slaves to plan said rebellion in 1831, ushers a young thug in, telling him to stay. He utters three fiery sentences and boom bap that is it! We have the makings of a rebellion. Time passes, then one day an eclipse happens and off they went to start a rebellion that ends when that same young thug who magically appeared down by the river, turns into a redcoat who snitches to his master about the rebellion, whilst the slaves are at another plantation chopping off some white man’s head. This is the closest we get to any sort of brutal gore happening towards the white man. It is unfair to expect Game of Thrones “Battle of the Bastards” level of killing white slave masters. Budget constraints and simply getting this movie in the theaters means that attuning nobility to a Black man killing white folks en masse…only in my dreams. But we spent a whole hour plus seeing the bestial treatment of Black folks and couldn’t get 5 minutes of real gore during the action of the rebellion? Or at least the allusion that is closer to the actual number of white folks killed in the 1831 rebellion? All we see is two houses hit! Then the young thug brings the whole rebellion down and we don’t see the why or how to him deciding to run back to his hideous plantation owner. Another slave character devoid of all intelligence and thought process. 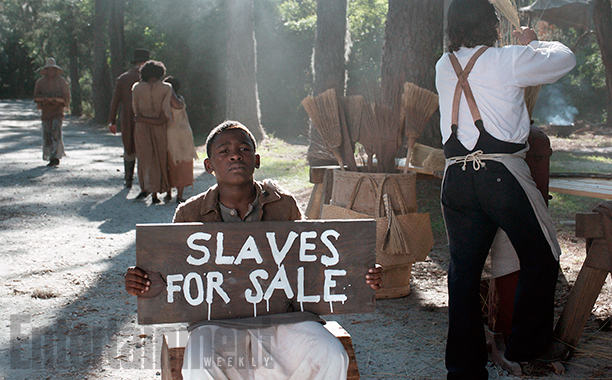 There was much room to build out the story, to show that slaves were intelligent, emotionally connected human beings. Instead any sort of thought or noble action on the part of the slaves was facilitated through Nat Turner. Nate Parker played the only character worth his salt, it is clear he wants to be the lauded star here. It is most explicit in how he chose to edit the film, when all the holes in the storyline are filled with pretty cinematography of Parker. His ambition is overshadowed by his hubris. Either he should have brought in another director, cast someone else as Turner or brought on a better movie writer. That’s not the fault of budget constraints as it likely cost more in time and money to have to Parker direct a film he is the lead in.

In 2016 we should not simply be grateful that our stories are being told. This is the same belief that supports Tyler Perry films and we have to consider if this is really opening the door for our stories to be told with grace, respect and intelligence. That is a standard that we have to set and hold others accountable to. Compare the works of Ava Duvernay in Selma, where not only we get an insightful portrayal of an era of imperfect radical leaders, but she heralds along a bevy of Black writers, producers, showrunners and actors who are often overlooked in Hollywood. Her documentary 13th, not only riles up a bevy of overwhelming emotion but is inciting some real conversations in teaching you about this system that passed on from slavery and through the 13th Amendment to keep Black folks down.

Where are the analytical conversations from people who enjoyed the film? Is it just that we are happy to see a non-docile slave? Have we learned more about Nat Turner? Do we understand the magnitude of what he achieved? What are white people learning from BOAN? Why are these favorable conversations about the content of the film so hard to come by? Likely because Birth of a Nation is much more about Nate Parker than it is about Nat Turner.

Where Parker could have produced a more successful in the storyline movie about a fictional story of a slave rebellion, that was alluding to being inspired by the story of Nat Turner, Denmark Vesey or the like, we are left with a disheartening vantage point that sees Turner’s radical legacy whitewashed down in a film that white folks can comfortably watch, gleaning no insight into the mind of Nat Turner. Leaving with no discussions around Nat Turner or what it meant for a rebellion to happen at that height in 1831. This could have been a mind blowing movie, that hits you in the gut, leaving a mark on your mind. Instead we got a mediocre sleeper that caught the benefit of the #OscarsSoWhite campaign. It’s easy to do a slave movie that invokes anger in Black folk, it’s much harder to make us and white folks see the intelligent determination of the slave, the vastness of the slave eco-system that all whites played into, the parallels that exist in today’s society and how we might learn from our past to inspire us to be better for our future.