End of last year I spent two months in Accra, Ghana. No, I am not Ghanaian or identifiably West African though my family, like many other Blacks in America, is the descendant of West African slaves. I saw enough people in Accra that looked like cousins, uncles, and familiar friends to reaffirm the trans-Atlantic connection. But let’s get on to the food.

To be honest, I knew in going on this trip that food would be an issue. I’ve previously tried Nigerian food in Houston and I’ve eaten egusi both in restaurants and family homes. Not to start any kind of jollof wars, but y’all! I do not understand the use of dried fish, dried shrimp or crayfish as a seasoning. What I knew before landing in Accra, is that any sort of dried seafood as a seasoning is pungently unbearable, intolerable, and unacceptable. And no matter my personal protests it is a staple seasoning in West African food. But on the flip, there’s no time for being a sour puss when spending two months in another country.

I reviewed the Movenpick Hotel, the only premier business hotel in Accra, and they had newly rolled out a traditional buffet night. Perfect timing. Traditionally Ghanaians do not eat out. Aside from my stay at the Kempinski and Movenpick hotels, eating out was just a laughable experience 100% of the time in Accra. For the purpose of recording this experience, going to the street stalls was not an option. I also do not speak Twi or Ga, so street stall ordering, when I needed one of everything – chale! I did not have the patience for. Then to shuttle the food back to a space that has a generator running long enough to let me get through the setup and recording process…look the Movenpick was a blessing.

Sidenote: If you’re traveling to Accra, I know Kempinski is the shiny new hotel, and all the hotels who have 24 hour hot water running are notoriously expensive, but at least one night at the Movenpick is everything. I stayed for two nights about five weeks into my trip, in a week where my residence had run out of water because the electricity had been off for over 72 hours. And God-o! Movenpick reset me so that I could enjoy the rest of my stay.

Now let’s get into this food. I tried: 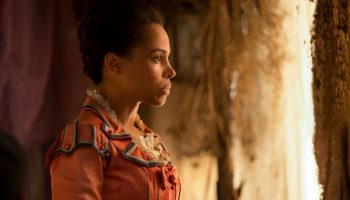