On Living in Houston, Does It Suck?

Whenever you talk about someone’s city things get touchy. Last year, close to my pending exit from Washington, DC I penned an essay detailing how much I absolutely despise the city. It went viral. And since then it’s been a constant request that I cover my feelings on Houston, a city that I have resided in for the past year.

Most also want to know why I picked Houston over Dallas or Austin. That’s easy and a great way to begin with what my opinion is of this very expansive city as it sets the foundation. Austin has an ever shrinking Black population, steadily declining from 8%. I am Black. I am single. I also do not have enough melanin to carry out my dreams of having brown babies without procreating with someone who is significantly browner than me. So Austin was a nope. Dallas, I do not have a clear rational on. Honestly speaking, honestly ratchetly speaking, Drake did a great job in making Houston seem like it was the sh*t. I wanted to ride around the 713 with my woes, the land that birthed King Beyoncé and the Queen of No F*cks Given, Solange. Also, “go read a book, you illiterate son of bish, step up your vocab”…I mean I had dreams of running into Bun B at HEB. Plus Blue Bell, Blue Bell before listeria.

The bit of rational I did put into moving to Houston instead of Dallas, was that statistically speaking Houston is an awesome city and the reports keep pouring in as to why Houston is a great city for young professionals. I’ve never been a numbers person but I fell for it. Houston is one of the largest cities in the US, there is no income tax, it is now the most diverse city in the US, the economy is great, and the living is cheap. I lived in NYC for eight years and then Washington DC, the idea that I could live cheaply was very appealing. Most significant was that as I expand #SmartBrownGirl I did not want to feed into the narrative that in order to be successful, cool, entrepreneur, creative that I had to live in Los Angeles or New York City.  That’s a dangerous narrative, especially if we’re looking to expand diversity and opportunities for women of color, as that fiscally puts most Black women out of the running, to tell them that they have to live in one of those cities in order to thrive. So here we are in Houston.

Houston most definitely is a large ass city. It’s one thing all the reports telling you to move here love to highlight, but it’s also its biggest fault. It’s literally the root of anything I can negatively say about the city. From the center of the city, it is a 22 mile radius. Yes, drive 22 miles in any direction and you will still be in Houston. That is not inclusive of the suburbs, where many people live, Katy, The Woodlands, Pearland, Sugarland and Missouri City. Top off the size of the city with the traffic. Dear lawd, the traffic. It took a while for the traffic to be a real annoyance for me because Washington DC is a small ass city and the traffic is nothing short of the workings of the Devil himself. Here in Houston, car accidents happen every day at the intersections of highways, disconnecting two major thruways and backing up an entire side of a very large city. This almost entirely kills the idea of happy hour, because 4-6pm are probably the worst times to be driving across town to meet up for a drink with your friend who lives in Katy, when you leave in Pearland and y’all want to meet for happy hour in Sugarland; you can totally forget about making it to Midtown. Just nope, I have tried, and never again. If it must be said, you absolutely need a car in Houston. I moved here without one. Don’t be me.

It’s the size of the city that makes it hard for me, as a single professional who works from home. Meeting people and forging relationships here, was definitely a learning curve from moving from the Northeast. There is a very strong sense of family in Houston, which is awesome. But again the size of the city + traffic, means that that sense of family will lead to last minute cancellations because it’s just easier for folks to hang out at home with their family. Also, this is the South. The misogyny you can literally reach out and hold it in your hand, it is that strong, pervasive and real here. Houston is a very well educated city, there are a plethora of well-educated women. They are nice, they are beautiful, accomplished and pleasantly quiet. It is not the norm to meet an outwardly opinionated woman, and I get it, it’s the South. But it’s amusing to see women, constantly shrug things off, offering bemused smiles and exhaling giggles. If you’re moving from other Southern cities, I doubt this would be that significant to you, but I’m forever amazed at how men talk at me. They do butter it up in that veil of  ‘southern charm,’ but I’m already not a big fan of southern charm, so meh.

The social scene here is interesting. I know there is an expanse of single Black professionals her, with the oil/energy and medical industries booming. But meeting those people, men or women, within my age range (late twenties-early thirties), I don’t really have an answer on. More specifically I don’t have an answer on how to meet the Black Americans in that demographic. Houston’s Black community is 1/3rd Nigerian (mostly Igbo). When you break into that college-educated bubble, that number swells. There is a clear line in the sand between Black Americans and Igbo Nigerians, and it is very different from how other cities integrate amongst the diaspora. It’s peculiar because for as insular as the Igbo community is, where I can go to dinner party and out of 60 young people, only 3 of us are not Naija, I got invited to the dinner party in the first place. Every time I meet a Black American, socially it leads right back to the Nigerian community.  They hang out in larger groups, they lead the workout groups, the group trips, they seem to just be more socially active and connected. I don’t know what this says of the Black American + Caribbean community here, maybe they just hang out in smaller groups, maybe everyone in my age range is already beauxed up and married. I do not have the answers, feel free to chime in. I do know a (slightly) younger group of Black Americans, but that lead me here, so pass. Really I wouldn’t mind it, if I wasn’t single, but it’s a perplexing experience to socialize in a group of people who are Black but not American and see the drama that unfolds when one of them dares to mate with a Black American. Let’s not even get into the blatant cheating tales I have…Mona Scott is not cutting me no checks so I’ll save them for my diary (or maybe a Storytime…lol).

There are plenty of things to do in Houston. The food options are limitless and amazing. There’s a small arts scene here, and most everybody will point you towards Miller Outdoor, the Ensemble Theatre, Urban League Young Professionals, Top Golf, City Centre and the Museum District. They’re cool. I enjoy being able to support so many Black owned businesses, from Hank’s Ice Cream, the Red Snow Wagon to Gatlin’s BBQ and the Breakfast Klub. Also though not Black owned, Lotus Seafood Market. Clearly, I eat a lot. I should work out more both for my waistline and because that is one way to meet people in Houston. Meeting people in Houston happens in familiar circles, that would be church, the gym and work. I do apologize in advance if you happen to be a Black woman who is not religious, I’m walking that fine line and…yeah girl. There are workout groups here, the fit lifestyle is a big deal in between all the eating. Finding them just might be the hard part. Word of mouth does not travel across the city, so I search hashtags a lot of Instagram and Twitter to find out about things. Chidisize is a good workout group that meets in Sugarland. There’s another that meets in Memorial Park. Since church is another great way to foster relationships, Hope City is a great church to check out. Joel Osteen’s Lakewood church is here, it’s a worth a visit, but it’s literally in an old stadium (massive) and I’m not too keen on Osteen, though I know a lot of people who attend the Wednesday Bible study that’s lead by John Gray.

Houston is great for people moving from other cities in the South. It’s great if you are looking to move up in your career, become more financially secure and establish yourself, especially if your work in education, oil/energy or medical fields. If you have any family here, most of the problems I face here, you will be absolved of. Entrepreneurs do well here as well, especially those in service based industries, because with the family focus comes the love of events. Catering and event services are busy in Houston. Add the low cost of living, and you have a low barrier to establishing your own business. I could totally be happy in Houston, I have a good social circle and I’m living well. I’m just different, really, and the size of Houston, is killing my ability to hop around different social circles. My career choice is is weighing down on how I socialize. Discernment is a big thing for me now, and I’m entering into a stage in my life where I have to cut people off because they do not have discernment with who they socialize with. That’s a whole another post for another day. But I say this to say, do not take my opinion as hard fact and remember that different lifestyles thrive differently. 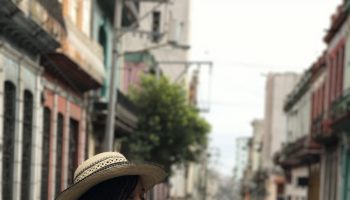 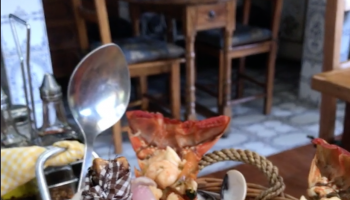