It is a coincidence that I am writing the follow-up post to my video on why I do not discuss trans topic they day after Caitlyn Jenner breaks the internet. Some times procrastination does work in your favor, so here we are.

I chose to address my silence because I was being questioned. Rather than isolating a group by not answering and giving fodder to those who are forever looking for a reason to be mad, I felt I owed it to people to explain myself. Hopefully in this explanation, it opens up the floor for an understanding of what it means to respect someone who you might not entirely understand and to remind people that being a human being who is not all knowing on all matters, is okay. There are moments in life where you will have to take a step back and play the learning role even when folks are requesting that you lead, because you are aware of your skill + understanding or lack there of. 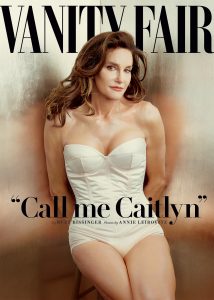 Jenner’s transition from Bruce to Caitlyn is a good showing on why I’ve chosen to take a back seat on a topic that is gaining great momentum. It is so easy to cross the line of offense unknowingly, as I watch my peers congratulate, offer their support and crack a witty joke while not understanding an ounce of the gravity of Jenner’s transition. Having an audience with an amplified platform on the internet is a blessing and a curse. What I say is amplified and critiqued. As an ever-evolving being I have to think about how the opinions I express will live on the internet forever where we’re prone to forgetting that people’s opinions change. Transgender and gender-queer is a nascent discussion where a diverse spectrum of people are congealing their experience and opinions into the foundation. Beyond accepting people however they gender identify, I am learning as this discussion evolves.

I do not arbitrarily discuss topics on my channel, leaving my #SmartBrownGirls to argue amongst each other. Rather, I purposefully discuss particular topics where I can curate a discussion that is mostly productive on whatever issue. Inherently, this leads me to discussing mostly topics that I have personal experience with and therefore can weather any storm that might brew in the comment sections. As a personal brand without a team of researchers or helpers in general, it is unrealistic that I, as Jouelzy, encompass all things Black womanhood. My silence isn’t ignoring; it’s me taking the time to absorb, learn and allow transgender people define how the transgender community is discussed. 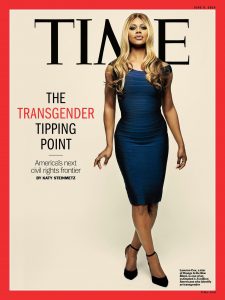 Of course I have opinions and questions on topics that range across the transgender field. Me even discussing this came out of my tweeting that I find Amiyah Scott’s narrative to be problematic and when asked why
I was accused of being transphobic. I don’t agree, but I did question if I even have the right to discuss how Scott or Jenner’s stories impact trans people who don’t have the financial means, medical access or preference to completely transition into a prescribed (rather euro-centric) standard of acceptable by how beautiful of a woman they are. I do not have the gravitas to discuss that in a manner that’s actually productive towards the acceptance of transgender people. We have Laverne Cox who aptly address the same question from a point of personal perspective, offering a moment to question with a solution that is productive towards the cause.

A year ago when my Time magazine cover came out I saw posts from many trans folks saying that I am “drop dead gorgeous” and that that doesn’t represent most trans people. (It was news to be that I am drop dead gorgeous but I’ll certainly take it). But what I think they meant is that in certain lighting, at certain angles I am able to embody certain cisnormative beauty standards. Now, there are many trans folks because of genetics and/or lack of material access who will never be able to embody these standards. More importantly many trans folks don’t want to embody them and we shouldn’t have to to be seen as ourselves and respected as ourselves . It is important to note that these standards are also infomed by race, class and ability among other intersections. I have always been aware that I can never represent all trans people. No one or two or three trans people can. This is why we need diverse media representstions of trans folks to multiply trans narratives in the media and depict our beautiful diversities.

My silence is not unawareness. It is respect, patience and learning.