Oprah Winfrey’s Network aired a follow up to the Dark Girls documentary as a continuation on the topic of colorism in the Black community. Light Girls, a two hour special, sought to explore the issue of colorism from the perspective of light-skin Black women…I guess. What I saw was a jumble of interviews across the spectrum of those who identified as Black, comedians offering sarcastic insights with a straight face, Japan because…Japan, Soledad offering the most significant of truths in the last 10 minutes and India Arie closing it out singing “I am light…” A fitting closing really as it fully embodied the mindless inappropriateness of the actual content of the documentary. Somewhere in there was the opportunity for productive conversation that lost in a sea of reaffirmations of hurtful stereotypes in the Black community.

What #LightGirls had the opportunity to do was talk about the struggle of the Black identity. What does it even mean to define yourself as Black? Why do we define our Blackness through struggle? White supremacy? There are so many more questions that were never touched in the documentary, though plenty of jokes were made.

1. Light Girls opens by stating that light skin people in the Black community derive from slave masters sleeping with (raping) their Black slaves and breeding children. So all sub-Saharan Africans are dark skin? Then the clip of the albino woman, that was thrown in at the beginning, that’s an entirely different subset of cultural issues and we’re lumping that in…here? 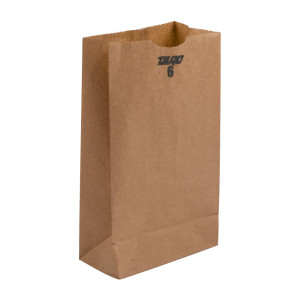 2. What exactly qualifies someone as light skin? Because there were a whole lot of beautifully brown but with silky hair women on my TV screen talking about how they were taunted, teased and struggled as a #LightGirl. They mentioned the use of the brown paper bag test to determine whether one was “light skin,” and welp….yeah girl. Tatyana Ali is light skin? Are we talking about issues within colorism or the scale of whiteness (hair texture, facial features, etc.)? Are we implying that being light skin automatically comes with long and/or curly to wavy hair, lighter eye color, slimmer facial features?

3. “…as a light skin girl and being too pretty, I have to deal with Black girls not liking me because I’m not Black enough.” [Nya Lee, entertainer]

“She was Black and real short hair. And I was beautiful and light skin and long pretty sandy colored hair and I didn’t understand why” [Hope Flood, comedian]

“Because I were the lighter one […] the men from the time I was two on up, I felt like I was this little sex object, I was so beautiful…the lighter girl, in my opinion, get’s the most abuse.” [Onyxx Monopoly, entertainer]

I guess this is to be expected when you’re interviewing a bench warmer character from the Love & Hip Hop series. The clip from Nya Lee about being disliked because she was “too pretty” was reiterated as other women cosigned being accused of “you think you’re cute,” a statement that’s clearly only lambasted on to light skin women. Or when Onyxx Monopoly came to the conclusion that light girls are more likely to be molested. I’m inclined to break down why this last statement is so incredulous and how these complaints fly in the face of perpetuating the ideal that light skin women are above and dark skin women are beneath. But really…it is just offensively irresponsible.

4. The men. 98% of them were unnecessary commentators. The “Doctor,” Dr. Gabe, entirely made no sense. I do not understand why he was given so much air time to get all “scientificy” on us about the pleasures derived from seeing a person with fair skin. Seriously, sir. And to think he was a far more palatable then the all the comedians they interviewed to talk about dating Black women. And again, as with every complaint I have about Light Girls, reaffirms the underlying mantra that light skin is desirable (trophy status) and dark is not. It was one long universal groan that was beyond dismissive to the actual weight of how colorism wears people down.

5. We went from Black American, to mixed race, to the West Indies, to Nigeria, to India, to Japan all within two minutes. Do you want to talk about how colorism is a universal problem? Then let’s talk about it in it’s own dedicated documentary. Let’s dedicate the proper time and research to understanding the various cultural nuances that play into colorism around the world. But again, all Light Girls did was show us gun shot interviews of various people speaking to how light skin is the ideal. We’re talking about Nigerians and Indians bleaching their skin but are they striving to be White or is their a slightly different class play happening here? And really why are we talking about dark skin women striving to be light skin, when supposedly we are speaking to the struggle of our light skin sister? Is the beige struggle that everyone wants to be like us but can’t? How does Beyonce live every day…girl.

6. Light skin privilege was not highlighted. Well it was by Soledad, who honestly owned it and was actually given enough air time to be a poignant voice of understanding and reason. I love her (and she loves me too). But otherwise, what was and still is largely missing in the conversation is the acknowledgement of light skin privilege. It is very real. So many are scared to acknowledge it because no one wants to have what they worked hard for taken away. But being aware of it doesn’t downplay your accomplishments and you should never let a bitter person make you feel that way.

I do believe that is more about the scale of whiteness privilege, in how European are your various features, that’s at play — but being light skin is an instant foot up. I’m speaking from personal experience here. I am light skin woman with ethnic features and nappy natural hair. Yes, people ask me all the time where I am from – because they assume that I am African. Like Nigerian or Beninese. Now if I throw on a big curly wig, then I’m asked if I am Dominican or mixed and the compliments start flowing. I’m instantly elevated to a Queen, “I love your hair Queen” — and folks assume it’s mine no matter how ridiculous it looks. I am more likely to get away with being blatantly rude (I’ve have tested this out), people are quicker to help me and respond in a kind matter, no matter what attitude I am giving off. It’s not to say that the yellow brick road lights up all the way to a super easy life, but the limitations are pushed further back and more access is possible. I am aware of my privilege.

I’m also aware that for dark skin women this privilege plays to their disadvantage as even the images of themselves that they get a small glimpse of in mainstream media, feed into the scale of whiteness. Lupita is amazing, but her features are rather slender, many of the brown skin natural hair gurus who are lauded have very silky hair textures (baby hairs change lives…seriously), name a famous dark skin woman who is at the top in 2014, then take a step back and realize how many of our young Black girls are still not seeing themselves represented. Because in reality, skin color is only one part of our physical Black identity and it was very much so implied as every woman talked about other characteristics that defined her from her “dark skin” sisters. Nose, lips, hair, eyes…so what do you say to the young Black girl with dark skin and eyes, full lips and a broad nose, when she’s constantly seeing people who always have a feature that feeds directly into the idea of the European standard of beauty. We’re missing the mark on representing the full spectrum of diversity in the Black community.

7. Even though personally I found most of the stories to not be simply an issue of being “oppressed” for being light skin, I do understand why some of my lightskinned-ed sisters feel like this documentary finally gave them a voice. For whatever reason we as Black people tend to tie our Blackness to struggle. And when the conversation about colorism comes up many light skint women are not allowed to interject into that conversation, they can’t talk about their struggle without someone quickly ready to dismiss it and welp…I mean….yeah girl. I do consciously watch my words when talking about colorism from the perspective of dark skin women. I had issues with the Dark Girls documentary, but I’m not dark skin, so I can gracefully watch from the sidelines. That however, does not take away from my Blackness. I am confidently Black. I have no insecurities that you can play upon.

So what this long read ties back into is that:

What #LightGirls had the opportunity to do was talk about the struggle of the Black identity.

And it entirely missed the mark.

Turning Your Ideas into an Online Shop | Tech Tuesday