Here we are recapping another week of #PopSnark, from the low brow to the high brow – as long as your eyebrows are on fleek. I’m here for it, you’re here for it. So sip along…*cheers*

#SmartBrownGirl t-shirts & sweatshirts are a very real thing, go cop you one (here) so you can be cute with the movement!

Teyana Taylor put out an album that I am not ashamed to publicly acknowledge that I fully enjoy, on repeat, several times on a day.

Lawrence Otis Graham, is an obtuse new black negro who wrote an article that was reposted by the Washington Post. An self-congratulatory and narcissistic article about his folly of thinking that giving his kids an elite upbringing would protect them from discrimination. Guess what? Nope, not at all. And the rules he has for his children, prepare your eyes for the roll.

7. Do not go for pleasure walks in any residential neighborhood after sundown, and never carry any dark-colored or metallic object that could be mistaken as a weapon, even a non-illuminated flashlight.

8. If you must wear a T-shirt to an outdoor play event or on a public street, it should have the name of a respected and recognizable school emblazoned on its front.

9. When entering a small store of any type, immediately make friendly eye contact with the shopkeeper or cashier, smile, and say “good morning” or “good afternoon.”

This is the misaligned Graham is setting up for his children that’s only setting them up for more frustration when they head out of their parents household and into a world where daily they will be equated to people of similar melanin, regardless of background or upbringing. Respectability politics are a foolish ideology that does nothing more than blame the victim. At least have a rule about having your sons get proper shape-ups and to leave the wingtips + sweater vests back in the ’70s. That’s not shade tho…okay, maybe it is. 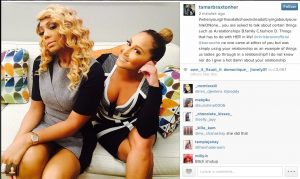 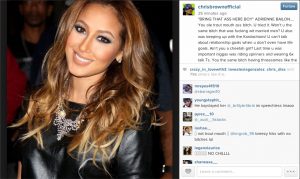 Chris Brown is or was or whatevers mad at the ladies of The Real (who actually watches that?) for calling out his relationship with that chick who nobody likes to call by her actual name, Kimchi, Kangaroo, Kawasaki, Klempto…we all have fun with it. Really the whole exchange between Chris and then Tamar on Instagram was hilarious, but the best part of it was someone on Twitter appropriately bringing up this vine by Nathaniel Tenebaum. I’ve been singing it all week!

Midterm elections was one big ultimate disappointment as the Republicans now control the House and the Senate, rounding out Obama’s lame-duck presidency without a political party that has been out to slay his legacy since Day -1, because a Black man doing well in office isn’t fair to the ideals of the GOP. Girl…bye. I’m looking forward to having no change in the negative impacts that the Affordable Care Act have had on my medical insurance. I lost my insurance and the only price comparable options are catastrophic plans, with a $6000 deductible that has to be met before my insurance would kick in. Yeah…no…that doesn’t make an ounce of sense. And I’m not expecting it to in the next two years.

Lena Dunham is winning cause she a white woman with a silver spoon, as aforementioned in last weeks #PopSnark on her playing with her sisters genitals and retelling the story in her book as if it’s one big LOL. Liberal journalism has stood firmly behind her and it’s a feeling no Black woman will ever have the pleasure of feeling.

The discussion on White people using the #NappyHair hashtag on Instagram is a clickbait because you have to scroll through too many pictures on Instagram to get to the 4 or 5 misguided White people who actually used that hashtag to describer their own hair. And really, do I want to claim that term as a characteristic only to be placed on Black people? I don’t know that I do.

That’s it y’all for #PopSnark Eps 4. Catch the video below to catch some random tidbits and witty remarks I didn’t have the time to type out in this here post. And cop you a #SmartBrownGirl t-shirt!

What Is a #SmartBrownGirl?