Clink, clink, clink…CLANK! Here’s to another week of #PopSnark. Sip along while we discuss everything from the low-brow to the high brow, as long as your eyebrows are on fleek.

This past episode I was sipping water because I was trying to be a good Delta and make it to chapter meeting. Keep it cute and classy. Last week and a lot going on. Was it a full moon? A crossing of the wrong stars? So much swirling around in the milk last week.

Scandal was actually decent, the story line picked up and past president Cooper’s widowed wife, Bitsy Cooper, was a hoot! Bitsy carried forth Mellie’s storyline and hopefully moved her out of the all consuming mourning of her son she was going through. I think the case with the guy who was in prison for attempting to kill Cooper brought me back to why I loved Scandal in the first place. I still need to catch up on last nights episode, but last weeks show gave me hope that Scandal and I could reunite in our love.

How to Get Away With Murder, I’m still lost. I still don’t know. I don’t know if I want to know. I’m a watch…cause Black women’s on my TV screen. But….girl…I’m just leave this pic of the Johnson family on Black-ish in their Jackson 5 Halloween costumes. All the cute kitten feelz in the whole widest world! Loves it! Oh and to give an ode to my inner suburban White housewife, here’s my fav performance thus far from The Voice, it was speaking to me all last week. Let’s take a brief interlude.

Hollaback, some sort of media group or activist organization, I don’t be knowing…put out a viral video of a White woman walking down the street of NYC and covering the street harassment she faced over 10 hours. The video had a point, that I agreed with, the execution left it to be easily disseminated because it only featured men of color and miraculously edited out all the White men who participate in disrespecting women’s space. I still need to write out my full opinion on this. Because the conversation around street harassment is always so muddled that nothing effective comes out of it.

For a bit of a world history, because #SmartBrownGirl’s need to be in the know. I read a great piece in the New Yorker about the slave trade and a man working as an abolitionist in Mauritania. Slavery is still very real in 2014, even in America. “I Am Slave” is a great movie to watch (it’s on Netflix) about a real story of a young woman kidnapped from Sudan into slavery for a diplomat in London. The mind fuck of it all is crazy, but this is real life.

Matthew Knowles has been hamming it up, lest not forget he is the Bruhz, but his youngest child has proven to be a super cute drop of chocolate with big natural hair. The whole story around the mother of the child, TaQoya Branscomb and her interview with Inside Edition is all clickbait. But the kid is cute, so I hope this little bit of press works out for TaQoya and Koi. Just like I hope K. Michelle “leaking booty pics” works out for her new album and reality show. K can sang, I do like her music, but she makes it extremely hard for me to her support her and all her ratchetness. The pic is just…why are you posing in your management’s office with your pants down and the staff in the background? I can’t… 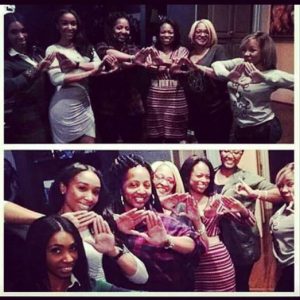 Tiny changed her eye color to ice blue. Some are saying she’s a Black girl lost, but isn’t her mama White? I don’t think Tiny is capable of having that complex of a thought process. She just did some simple minded shit that you need to tell your daugthers/sisters/cousins to not do. I ain’t even finna touch on Tiny throwing up the ‘mid & pinky with some Deltas & AKAs. I’ve seen those pictures and I’m more mad at the Sorors & K’s in the pictures who allowed that ish to go down in the first place. You should have smacked her elbows down with the quickness. Y’all wack.

I talk for longer than I should about Dear White People in this episode, you can watch at the 14:08 mark. I still need to write a review, I do need to do a video on it. It will happen, I just need more sunshine during the day. Seriously it gets dark and I stop working. I’m horrible. But you can get the bit of review I give in the video. But you should go see it, support it and then when I finally do a blog post/video on it we can all talk about it!

Lena Dunham still ain’t shit. And her ain’t shit, silver spoon self thinks that LOLs and giggles allows her to share stories about at 7 years old, exploring her 1 year old sisters vagina. Because…well….at least according to liberal tinged sites like Jezebel, they think this is normal behavior. Lena lives in a world where she doesn’t have to care about anyone but herself. That just is what it is. Blah…

To end on a happy note…here’s North West as an unbothered Skunk for Halloween. She’s shaping up to be the Queen of the Unbothered #PalmTreeShade. I love it! 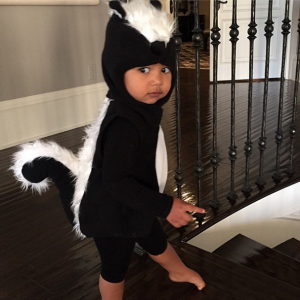