#SundaySounds – Slow Down & Bow Down

It’s been far too long since I’ve posted a #SundaySounds playlist. I’ve had one set up on my Soundcloud for a minute and have just let it skip my mind for the past month about actually posting it ’cause like having a social life again is a new found feeling I almost entirely forgot about living in Washington, DC. Excuse me in my absence but thank you to my bevy of #SmartBrownGirls who have reminded me via requests and questions about the songs I play in my YouTube videos. I got y’all! #SundaySounds has returned!

This week’s #SundaySounds playlist was actually suppose to be in honor of Beyoncé’s epic MTV VMA’s performance that happened last month, where the queen, the king, the glory that is ‘Yonce performed her entire self titled album in a remixed 12 minute show closing and show shut down performance. The best part of the performance for me was knowing that an old pal, Melo-X, had helped to produce the music for the performance. I’m always proud to see people I’ve come up with, whose paths I’ve crossed, find their own story of success. Plus like any reason to play a Beyoncé track is a good one. So the first two tracks are from Melo’s Yonce-X mixtape that helped him get noticed by Bey in the first place.

Then there’s Jazmine Sullivan who I love so dearly that I want her to get entirely new staff so she can finally get the accolades she deserves. Jazmine is a round the way girl with an amazing voice, but I think her keeping the round the way people as her team is what’s holding back her career the most. Any way, touchè Lupe, let’s get to enjoying the actual track, Forever Don’t Last. Love it, play it back twelve times.

Then ease on into another Melo-X remix this time with Bunji Garlin’s Carnival Tabanca. Melo smoothes over the soca song, making it a bit less basement bashment, j’ouvert-esque and much more vibe, slow whine-esque.

Closing out the playlist is Melo-X’s remix of Yuna’s Live Your Life, the Malaysian singer who found US success in 2012. It’s a beautiful song so be sure to check out the original.

Mo’ne Davis is a #SmartBrownGirl 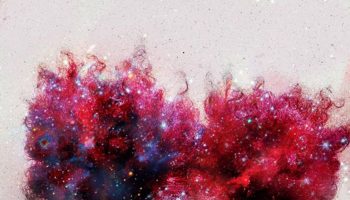