Buying a Car as a Single Woman – 2014 #ChevyImpala w/ #DistrictDrive

Buying a Car as a Single Woman, sets out to empower women with knowledge of their consumer power in the arena of purchasing a car. Car marketing very rarely is marketed towards women, let a lone the invisible group of women of color, even though women make up over 52% of the new car buyers in the USA. So here’s to walking into the dealership prepared and ready to get negotiate the best deal!

This past week General Motors extended their Drive the District (#DistrictDrive) program to the city of Houston allowing me to test drive the 2014 Chevrolet Impala. Formerly known as the cop car, the Impala was recently redesigned bringing it into it’s ninth generation with this 2014 model. It’s still a rather big car but it’s sleek and modern design make it a fabulous car. Actually I don’t know if fabulous is the right adjective to describe this car. It’s a riding ’round getting it car. It ain’t tricking if you got car. A versace, versace, versace car. All gold everything car. And most definitely a some type of way, I drop top in my whip car. You know, the first thing you do…well the first thing I did…is play whatever ignorantly incoherent rap song  of the moment with all the bass bumping through the Bose sound system. It really is all types of ratchet epicness and I loved it.

The interior of the Chevy Impala comes with a bevy of add-on options. Leather seats, individually warmed/cooled. An illuminated ribbon that runs across the side interior of the car and wood trimmings throughout. MyLink GPS, rearview camera, and a very roomy trunk that might just be the same size as the interior of the car. I test drove the top 2LZ model that came stocked with ever feature available including all the various safety alert options. The blind spot alerts that are signaled in the side-view mirrors that illuminate when there’s a car or object on either side of you and beeps when there’s a car/object to either side and you turn on your left or right turn signal. Great for highway driving. Then to make the Impala damn near impossible to get into an accident with there is a front-end (forward collision) alert that goes off when ever you are too close to a car/object in front of you at too high of a speed. It lights up, beeps and freaks you out every time because it is rather sensitive to shadows. Fortunately you can turn it off. Front and knee airbags for driver and front passenger are part of the safety and security package that comes with the Chevy Impala.

Driving the Chevy Impala I felt a bit dwarfish in it. It’s a big  body sedan, wide and long. I am not the best parallel park and my equilibrium was off with the size of the car. I just wish I had a bae to enjoy the ride with me. All the guys absolutely loved it and the Red Rock Metallic color had me constantly being stopped so folks could check the car out. You trying to catch a bae, this car just might catch one for you. 29MPG (highway) and 19MPG (city) rounds the Chevy Impala out at 22MPG average. Big cars take up gas, but it wasn’t too much cringing when I went to fill up the tank at $33 for a full tank of gas.

Are you the riding round with your top down type of ‘gal? I imagine the pitbull in a skirt top of chick with a Southern flair driving the Chevy Impala. Who do you see driving this car? What Chevy model have you been eyeing or have own in the past? Join the convo below…

Here’s to empowering #SmartBrownGirls as car consumers who understand their #ConsumerPower!

But I Like Snacks & Being Soft Around the Middle

Mo’ne Davis is a #SmartBrownGirl 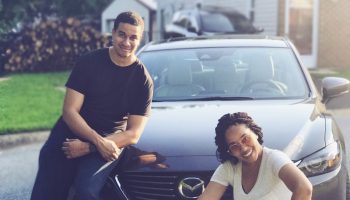 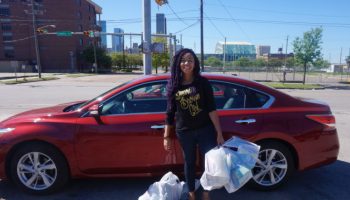