close
#BTVF - Beyond the Valencia Filter

My jaw hurts because I’ve been smiling so hard at my computer screen the entire time it took me to edit down 1.5 hours of footage to this 20-minute interview. I really want to drop all types of expletives to explain the level at which this young lady makes me so proud to call her a friend. But we’ll keep it cute and professional here instead. #BTVF, Behind/Beyond The Valencia Filter, is an interview series showcasing young people of color who are in non-glamourized industries with a focus on inspiring others to pursue their own path to defining their success story. And as an Associate Scientist at the pharmaceutical arm of Johnson & Johnson, Janssen R&D.

I met Suna when I briefly attended the George Washington University in Washington, D.C. and we kept in touch over my years of being a vagabond. I find her story to be awe inspiring, though she’s hesitant to share as she insists on hiding behind humility. She graduated from GWU with a dual degree in Biology and Biomedical Engineering and then a Masters degree from John Hopkins University in Material Science and Engineering with a focus in Nanotechnology. And this is me when we go out running up to people introducing her as “my friend Suna, with a Masters from John Hopkins in some other ‘ish! No really she’s a scientist and she’s cute!” That’s me every day and now I get to say it out loud on the internet for the world to see. This makes me happy, Suna might be hiding be hide a 12 foot high slice of humble pie but from where I stand the world needs to know about her awesomeness so here we go. Plus her name is Bollywood song…look at all those layers of awesomeness.

“Suna holds a position of Associate Scientist with Johnson&Johnson’s pharmaceutical arm Janssen R&D. She works in Janssen’s Biotechnology Center of Excellence, developing immunogenicity assays which perform to detect patient responses to drug therapies.” I don’t know what any of that means but it sounds twenty ways to official in another language. We spent about thirty minutes where she was trying to explain what she does to me and I was about 3 fries short of happy meal trying to wrap my head around. Suna is official.

Overcoming the loss of her mother to breast cancer during her junior year of college, Suna finished up the six year path to her undergraduate degrees while working full time at a research center. Suna stresses the benefits of joining the National Society of Black Engineers (NSBE) during college and attending one of their regional or national conferences. She attended a national convention that landed her in a research program at Cornell University, which gave her the much need experience in an area of interest that wasn’t really available in her program at GWU. The Cornell experience also buffered her resume and enabled the transition from college to gainfully employed to go much smoother. She worked at another lab for about five years before landing at Johnson & Johnson.

Finding mentors in the professors at your program was also a great tip that Suna offered. Being vocal with asking questions and building your rapport with professors not only helps you academically but also helps you as you decide the area of STEM that want you pursue, so that they can direct you to the right outlets and opportunities. Lastly, considering that many professors have done research and have extensive work history in the areas that they are teaching, they can further help you get your name/brand out and be the recommendation that gets your job application plucked from the sea of resumes.

If you have children who are interested in some form of science or anything really, the internet is your friend. Most major companies have outreach programs that span age groups, as part of their corporate social responsibility endeavors. Johnson & Johnson, a consumer packaged goods (CPG) company, has several outreach programs and sponsors educational programs across the country. If there’s a CPG that has an office in your area, then there’s a good chance theirs outreach programs running through you local schools. The Kahn Academy is also a great free outlet of learning.

Check out the other features in the #BTVF Series here. 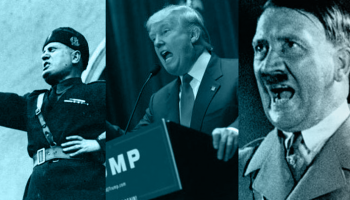