The Strong Black Woman & Loneliness in the Age of Social Media

Ah the lonely people, where do they all belong…
Eleanor Rigby, a Beatles song was pitched as the platform to create the new ad campaign for Nike Jordan, because on the journey to legendary Michael Jordan had noted the loneliness one experiences as they keep pushing forward in their dream that no one else understands. To rise above the rest, is indeed a lonely task to take on. It was 2008 and the release year of the 23rd Nike Jordan, like the 23rd Psalm that was eponymous to the Jordan brand. I was working with the strategic team of Wieden + Kennedy on the Jordan brand, and the creative directors picked Eleanor Rigby as the base for a campaign that would explore what it meant to be legendary. Although they ditched the Beatles song about a lonely woman in the church it stuck with me the idea of what being legendary meant in terms of loneliness. That in order to reshape culture you are taking on a certain level of loneliness in order to succeed. And although must people upon success only show the glories of their achievements, there’s this unspoken darkness that must be crossed first.

Which leads me here to this discussion. I’m lonely.

It’s a topic I’ve been avoiding discussing for forever-ever and a day. But it’s real. A feeling that we all experience and we all seek to escape in our own way. And with the recent passing of Kathryn Washington, I think I need to let go of my insecurities and talk about it.

The insecurities are part of the problem. I have an almost complete inability to be outwardly vulnerable. The feeling of being less than, not presenting a strong image, or not being a strong woman leaves me tongued tied and unable to communicate. Literally I have the worst time communicating anything that makes me feel less than or exposes my emotional side. So I write it down. I’m definitely not alone in this struggle as a new wave of hip feminism flows over my community of young Black women in between pantomiming hand sweeps declaring one flawless. In the age of social media where life is often lived through nicely filtered 1:1 pictures and the image of a strong Black woman is shaped for my generation, this feeling of loneliness, a nagging tap of weakness, a piece that exposes my vulnerability, is kept quiet. Pushed down and pushed back into denial.

One would think as you build a brand and a following of supporters that becoming popular would erase the feeling of singularity but it only exacerbates it. I don’t know how to make the feeling make sense because of the bad habit of stating everything so matter of factly – devoid of emotional vulnerability. I can not expose myself as less than. But that’s exactly what I am talking about. Feeling less than. Feeling alone. Not because you have no friends. Not because no one loves you. That’s never ever true and the reminder that saves many of us — pushing on. It’s more a feeling of lost that hangs on the sleeves of loneliness. Dissatisfaction with areas of life that you’re not sure on how to change and no one who quite gets what your talking about. Alone because there’s no hand to hold and walk you through the process of being a strong Black woman and redefining things we previously weren’t allowed to be a part of. It’s not having the support while you pursue a dream that no one can see but you. It’s walking down a path where no one looks like you and everyone is looking at you with the judgmental side-eye. It’s not being able to go back to that day before you realized your parents were human too, when they were still superheroes who accomplished everything and your mother telling you ‘it will be okay’ filled you with the ultimate belief that it would be just that — okay.

For some of us it’s further compounded by dealing with anxiety, depression and panic attacks. Mental illness. We all experience some form of anxiety but there is a much darker area that we tend to skirt around as if it’s just some passing feeling of a person who needs to stop complaining and do better. I was diagnosed with anxiety and panic disorder when I was twelve. I make myself literally sick and since my parents due to religious reasons declined secular therapy, I dealt with it by learning to avoid worry. Of course I worry and get upset, it’s a human thing to do, but I rapidly work to squash any feelings by picking myself up and moving on to the next thing, or isolating myself while I work through it. Fearing that if I ever allowed myself to sit it in, linger too long in feelings of weakiness that I might never get up. There goes the wall of a being a strong Black woman building up around me. I’ve emotionally isolated myself and getting to a point of being open enough to talk about it is haaaard.

Let’s be clear here, this is not a feeling that will be absolved with a sexual relationship. Dick is not going to solve it. Though so many of us hide from the conversation because we don’t want to be seen as potentially clingy twats that men should avoid. We smile and present a good image, compromising the shit out of ourselves to make it work with some boy that only further compounds the situation. It’s the lack of feeling of okay, support and understanding from a community that’s leading us here. And it’s not about single companionship with a mate or friend.

I don’t have the ultimate solution or answer. Just wanted to open up the dialogue as I still work my way through this and let others know that it can be worked through too. It just takes time. Don’t Eleanor Rigby yourself, my dear.

#JouelzyTech: Tips for Good SEO & Why Online Branding is BS 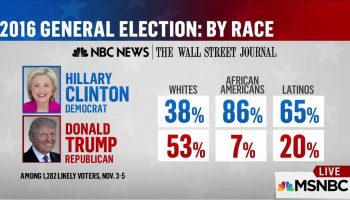 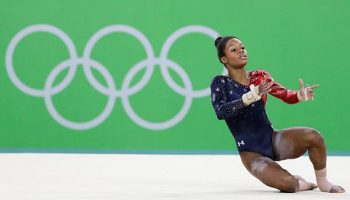