I wrote a book a while ago. Well started to write one, mostly about my emotional experiences around coming of age in New York City. It’s a grand city that with all it’s new life experiences will smuggly take so much from you. I still love it, as I assimilated fast to the cultural syncapation of the Brooklyn beat. It’s a now a part of me.

I’m going to start sharing some the stories from what is currently my 100 page novella, while I try to find some inspiration in the great white land of suburbia to began writing again. I’m not an outwordly emotional person. I have the worst time talking about my feelings but have no problem pouring the weight of them into my writings.

Rape. When you stick an ‘I was’ in front of it and move it into the past tense, it becomes such a hollow word. Rape, when it’s you talking about you it suddenly becomes a word that passes through your lips into some statisical count. Just another number. A statistic. A faint beat in someone’s diaglogue about how often it happens. It’s odd because it’s become so weighed down that it suddenly means nothing. It can’t take on the full weight of what you really mean when you want to explain to your girlfriend what really happened and not have everyone give you the okey doke I’m so sorry because this is the reaction I am suppose to have face. Or maybe that’s just me.

Here’s my story on it, from my now published book, Send It On (available for purchase). This is part of one of the short: Perpendicular Contradictions.

I want to shake this feeling out of me. Scrub out the scent, readjust my shit. I have this feeling right between my legs and just below the clasp of the button on my jeans, that keeps reminding me of my drunkenness. The point of no return. I incurred another notch on the belt, I’ve desperately been trying to shorten. Damn, why can’t I go back. I just don’t want to feel like the victim. I was in my own home. That shit don’t feel right. Its easier just to be mad at myself then to point the finger at someone else. Open up a whole can of worms that I don’t want to deal with. The finger pointing, back against the fence, throwing me under the bus, “you know you anted it” commentary that leaves you cringing because you don’t exactly remember everything that happened that night.

This is not a story I can go championing amongst my homegirls with. I can’t read him his rights, because arguing with the ignorant just makes you lose your intelligence. There’s nothing to be said. I keep trying to recount it to see why did it happen. At what point did I write this into existence. Offer my hand out in a come hither motion. All I remember is shadows. Shadows in my bedroom, right after I had crashed in my bed from dispensing everything I had consumed that day into the toilet bowel. Another time where my mind and my body aren’t moving in parallel motions. Perpendicular contradictions. I don’t remember time frames. One minute I’m here. Next minute it’s black and a whole hour could have passed. Then I’m up and he’s there.

Why are you in my room, in my bed…on top of me? Why can’t I just say no? Where is my voice? Didn’t I just throw up? Is he really putting his mouth to mine? I had so many thoughts running through my head and not one of them came out. Other than, ‘I’m too drunk for this shit’ as I pantomimed in my dark ass room to find my underwear. My legs finally came to back to life and I was able to move my body off the bed. I had turned the light on but then quickly turned it off because I didn’t want to realize what was really happening. The smirk on his face didn’t help either. Let it sit in the darkness. Let it be a figment of my imagination. My salacious imagination. Turn the light off and exit stage right.

But no. He thinks it’s all all right. That was just the appetizer and there is a full meal awaiting. Son, I’m too drunk for this shit. I dived back into my bed and pull the sheets over me. Fuck, they smell like him. Why is he picking me up and pulling me out of my bed? Dear lawd. Lets walk to the door and end this. I’m too drunk for this shit son.

I want to slap my head a million times. Replace his little comments with me saying no. But I didn’t. I want to wash this feeling between my legs out of me because I keep waking up with the memory. He proved that I’m a dirty little whore. I have no limits, no boundaries. Dirty little me, I just want to scrub out of me. Took out the emotion, the sincerity, the intimacy. Yanked it from right under me.

It’s easier just to be mad at myself, rather the play the victim. Something about the victim in my own home, with someone I know, someone I was half attracted to, just doesn’t sit right. Then I keep having to replay if it was something I did or said. So I’ll just be mad at me right now. Till I wash this dirty little feeling out of me. And then we can play, ‘forget that memory.’ It’s not one that’s needed.

“Perpendicular Contradictions“, is a short story from the book Send It On by Jouelzy. Available for purchase via Createspace, Amazon and e-book stores internationally.

Connecting the Dots: Steve Jobs & Living for You (Redux) 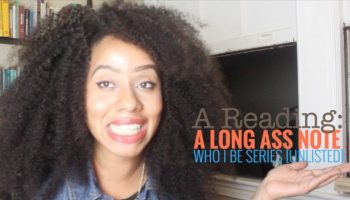 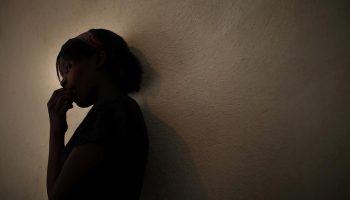